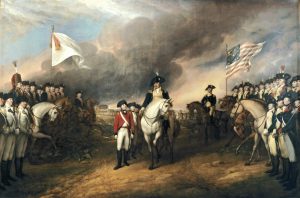 We are excited to offer two exclusive new tours! Our Revolutionary War: Road to Yorktown tour explores the final days of this epic American conflict, the battles that raged across the southern theater and the key players in that drama. Our Apache Wars of the Southwest tour is an unforgettable journey through the scenic Southwest that follows in the footsteps of a cast of remarkable historical characters. Experience their lives and discover the diverse cultures found in the tumultuous borderlands running along today’s international boundary between Mexico and the United States.

WHY GO: Many battles immortalized by history—Bunker Hill, Trenton, Saratoga—took place in the northern colonies. But the southern campaign from Charleston, South Carolina to Yorktown, Virginia, was the final, decisive struggle in the Revolutionary War. From a massive British victory in March 1780, their biggest of the war, to the surrender of an entire British army at Yorktown in September 1781, the ultimate days of the American Rebellion tell a tale of ferocity, incisive strategy, and rash opportunism that ends in a stunning turnabout.

WHERE YOU GO: Beginning in Charleston, South Carolina, and ending in Yorktown, Virgnia, you’ll visit famous battlefields such as Cowpens and King’s Mountain, as well as lesser-known but crucial spots like Ninety-Six and Blackstock Plantation. Among the highlights is an afternoon spent in Colonial Williamsburg, a living-history museum where the colonial era comes to life before your eyes.

WHAT’S SPECIAL: You will learn about the history of this fascinating and often overlooked campaign while enjoying some of the South’s most beautiful scenery and delicious food.

Apache Wars of the Southwest

WHY GO: Author, historian, and television-motion picture consultant John P. Langellier, Ph.D. will tell tales of Cochise, Geronimo, and others based on more than a half-century of dedicated study of these legendary figures and their awesome land. You will time-travel to former military garrisons such as El Presidio San Agustín del Tucson, Cochise’s nearly impenetrable stronghold, and the vast White Sands that once formed part of the homeland of the people now popularly referred to as the Apache.

WHERE YOU GO: As you travel from Tucson, Arizona to Sante Fe, New Mexico, haunting deserts and majestic mountains will serve as the dramatic backdrop for stories of conflict and ultimate reconciliation after generations of warriors gave way to peacemakers.

WHAT’S SPECIAL: During this exceptional adventure, you will overnight in charming inns, hotels, and resorts and sample delectable local cuisine as well be enthralled by the varied vistas the Grand Canyon State and the Land of Enchantment offers.