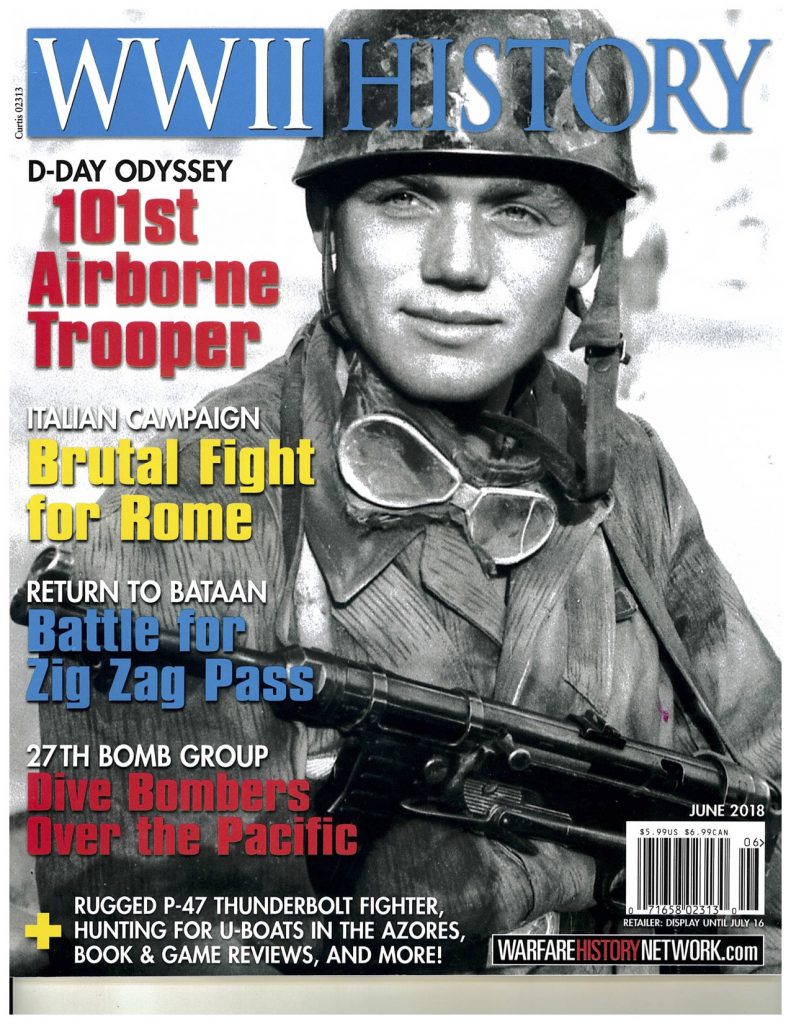 Connie Kennedy had the great pleasure of meeting veteran Norwood Thomas when she was a tour manager for Stephen Ambrose Historical Tours in Normandy during the 70th Anniversary of D-Day. Norwood was a paratrooper with the 101st Airborne Division and landed in the field at La Fiere Bridge, which is where Connie met him. He had been invited to France at the request of the French Mayor to receive the French Legion of Honor Medal during the D-Day ceremonies.

As Connie recalls, “Norwood was kind and happy to tell our group his landing story. One of the people traveling with us knew Don Malarkey, another member of the 101st, and Norwood shared that Don Malarkey actually landed where Norwood was supposed to have landed the morning of June 6, 1944.”

Norwood was a radio operator for Division Artillery Headquarters. He was one of the few paratroopers who jumped in Normandy and landed in Holland with Operation Market Garden via a glider. He fought across Europe with the 101st in the towns of Carentan, Bastogne, Hagenau, and Berchtesgaden, just to name a few (all of these towns are destinations on many of our WWII tours in Europe).

You can read Connie’s article, “D-Day Odyssey: 101st Airborne Trooper,” on Norwood’s remarkable story of war, service, and home life in the June issue of WWII History magazine, which you can pick up in bookstores or read online.

We are grateful for the service of men like Norwood Thomas.

Want to hear the personal stories of paratroopers like Norwood?

Travel on the Band of Brothers tour>>