An American Sergeant at Brest: Caught in the Crosshairs | Stephen Ambrose Historical Tours 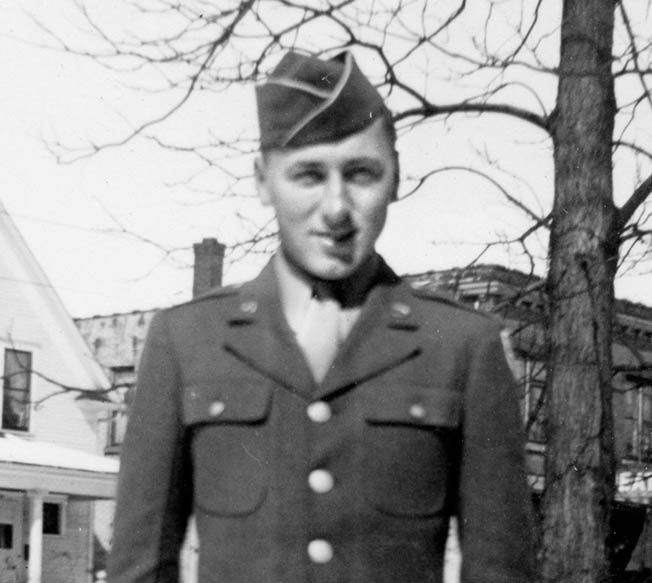 First published on Warfare History Network, the article “An American Sergeant at Brest: Caught in the Crosshairs” by our historian Kevin M. Hymel, recounts Sergeant Mortimer Sheffloe’s WWII experiences in Normandy and Brittany in 1944, including Operation Cobra and being shot by a German sniper near Brest.

An American Sergeant at Brest: Caught in the Crosshairs

The German sniper scanned the battlefield outside his bunker on the outskirts of the port city of Brest, on France’s Brittany peninsula. He had already shot an American lieutenant; now he was looking for a new target. In front of him, American soldiers occupied numerous craters, the result of Allied bombings. He spied a sergeant running from one crater to the next, talking to the men, then running back to the wounded lieutenant.

Soon the sergeant returned, again rushing to each crater. As the sergeant made yet another climb, the sniper took aim and pulled the trigger. The bullet tore into the sergeant’s lower chest, puncturing his lung and lacerating his liver. Nineteen-year-old Sergeant Mortimer Sheffloe, serial number 37567919, of Company E, 2nd Battalion, 121st Infantry Regiment, 8th Infantry Division fell back into the crater. Blood drained from his body as his life passed before his eyes. The date was September 10, 1944.

Drafted by the U.S. Army

More than a year earlier Mort Sheffloe had been a high school senior in Crookston, Minnesota, when the U.S. Army drafted him. He reported to Fort Snelling, near St. Paul, for induction with 35 other classmates in May 1943 and traveled by private rail car to Camp Fannin, in Tyler, Texas, for training. The camp had opened only two weeks before Sheffloe arrived. “It was pretty primitive,” he recalled. It had basic facilities, including a theater and a post exchange.

Sheffloe received some good news at the camp. During his induction, he had scored high enough on the Army OCT-X3 exam to qualify for the Army Specialized Training Program (ASTP), which prepared qualified candidates for engineering degrees. “I was hoping for [the University of] Southern California or the University of Texas but got Texas A&M,” said Sheffloe. So in October he started school again. Eventually, he grew weary of the academic schedule and stopped studying. He was summarily kicked out of school.

“They took me out of the dormitory and put me in the horse stables, now a barracks,” he explained.

He shipped out to Camp Polk, Louisiana, and was assigned to the 97th Infantry Division, which was completing maneuvers. A truck took Sheffloe and several other soldiers out to the field, where they gathered around a bonfire on a cold night in January 1944 as they awaited assignment to their units. Soon, the division was transferred to Fort Leonard Wood, Missouri, for additional training, where Sheffloe qualified as an expert on the Browning Automatic Rifle (BAR).

Shipped Off to England

In early 1944, while the 97th trained to fight in the Pacific, other overseas divisions were taking heavy casualties. Instead of raising new troops for these losses, the Army stripped trained soldiers from stateside divisions to build a pool of replacements. The Army pilfered 6,000 soldiers from the 97th, including Private Sheffloe. He was made part of a “packet” consisting of five platoons commanded by five officers. They shipped out to Fort Meade, Maryland, then to Camp Shanks in New York, where Sheffloe made friends with Private Hamp L. Witt.

“He was a nice fellow,” Sheffloe recalled, “very quiet.”

Then it was a cruise across the Atlantic, ending at a replacement depot in Bristol, England. The depot occupied an old stone orphanage that dated back to the 1880s. One morning while exercising, the packet’s corporal asked the men “Did you hear? D-Day started.”

It was June 6, and the invasion of France was on. No one reacted openly to the news. “Mentally,” said Sheffloe, “we were thinking of days to come.”

Historian Mark Bielski, who is the director of Stephen Ambrose Historical Tours, had the great pleasure of traveling with Mort Sheffloe to Normandy, where he interviewed Mort on the invasion beaches and in the cafes about his experiences in WWII. Listen to the July 12 and 26 episodes of History with Mark Bielski to hear Mort in his own words.

Listen to History with Mark Bielski>>