I am delighted to be leading the Civil War: This Hallowed Ground Tour this June and would like to personally invite you to join me on this week-long adventure. 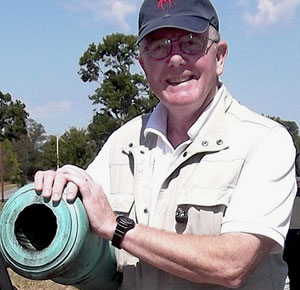 We will visit a wonderful selection of historic places where 19th Century Americans struggled to decide whether our country would remain intact or split asunder. We will view some of the very best exhibits offered by museums at National Battlefield Parks, travel many of the historic byways that armies in blue and gray marched over during our Civil War, and learn about those fascinating people–men and women–who willingly dedicated their fortunes, their futures, and their very lives to those causes that they held dear 150 years ago.

Some of the most fruitful sources of information we explore are the personal experiences recorded by Civil War participants in journals, in letters, and in oral histories. Their first-person accounts bring our Civil War history to life and we are able to see how soldiers and their families, doctors and nurses, and townspeople as well as commanders on both sides were affected by the campaigns in Virginia, Maryland, and Pennsylvania.

We begin our journey at Manassas, Virginia, on the field where the Battle of Bull Run was fought in July, 1861. There, volunteer soldiers and their political leaders learned that the war of the rebellion would not be over in just a few months. Brigadier General Thomas J. Jackson and his brigade of Virginians earned the nickname “Stonewall.” Their personal experiences will also be highlighted during our subsequent visits to major battlegrounds of 1862, like Antietam and Fredericksburg, where heroic volunteer nurses like Clara Barton went into harm’s way to care for the wounded.

Of course, we spend several days at the site of the greatest Civil War battle, which took place in 1863 near the small Pennsylvania town of Gettysburg. We’ll stand atop the rocky outcropping called “Little Round Top” and walk the ground over which Major General Pickett’s infantrymen assaulted, only to be defeated by the heroic defense by the Union Army of the Potomac.

Toward the end of our travels, we explore the region where the terrible siege of Petersburg played out in the last full year of the Civil War. We will conclude our trip through This Hallowed Ground at Appomattox Court House, where Confederate General Robert E. Lee surrendered to General Ulysses S. Grant on April 9, 1865.

Many Hallowed Ground guests have told me that, in addition to exploring the historic places they had previously only read about, they greatly enjoy meeting their fellow travelers, who come from all over the United States and from a number of foreign countries. We all gain a new appreciation for the wide variety of interests that our guests bring to the tour. Some have been fascinated by the Civil War for years, while others are just beginning to learn more about this unforgettable event.

The relaxed pace of our travels and the fact that we have many opportunities to enjoy each other’s company throughout the week is especially rewarding. The Stephen Ambrose Historical Tours staff makes every effort to provide a world-class travel experience. This is obvious in the excellent hotels, delicious meals, and comfortable bus accommodations.

Join Jack on the Civil War: This Hallowed Ground Tour>>