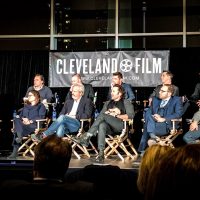 Band of Brothers cast at Cleveland Film Behind the Camera event 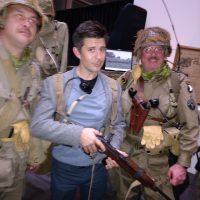 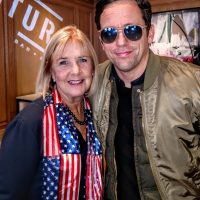 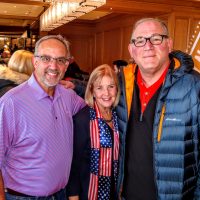 George and Susan Luz with Ivan Schwarz, a producer of Band of Brothers 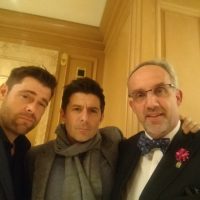 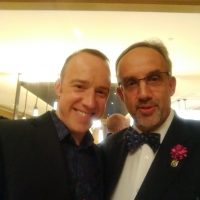 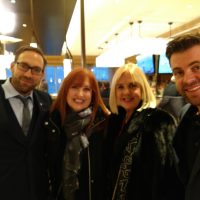 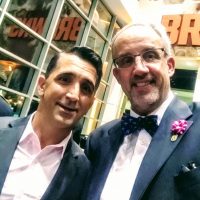 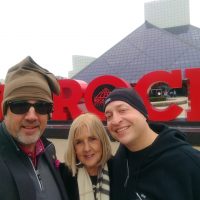 George and Susan Luz in Cleveland 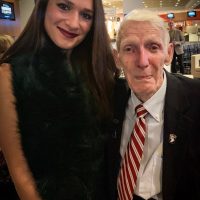 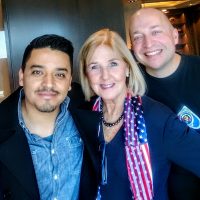 I had the pleasure of attending a celebration of the arts and veterans at a Band of Brothers Cast Reunion Event, a benefit called “Behind the Camera” that was hosted by Ivan Schwarz of the Greater Cleveland Film Commission. Ivan was a producer on HBO’s Band of Brothers.

It was a wonderful evening that brought together active duty soldiers along with veterans from every war and conflict. Special guest, Jim “Pee Wee” Martin, who is an original Toccoa member of G Company, 506th PIR, 101st Airborne Division in WWII, received thunderous applause. Jim jumped into France over Utah Beach the night prior to D-Day and fought for thirty-three days in the Normandy campaign. In September of 1944, he participated in the invasion of Holland (“Operation Market Garden”) and was one of the defenders of Bastogne during the Battle of the Bulge.

Ivan presided over a wide-ranging panel discussion with several actors from the Band of Brothers, including those who played Garcia, Gordon, Babe, Liebgott, Luz, Perconte, Shifty, Tab and Webster. Also, in attendance were Graham Yost, who wrote two episodes, and Meg Liberman, who was the Casting Director.

It was almost like 20 years ago when this group of young actors first came together. Their back-and-forth comments as they reminisced about the time they spent on the set in Hatfield, England, along with the understanding and significance of their roles in playing these men, was a special moment. But also—and all of them said this—it was an opportunity to play a real person, someone they could really connect with personally. For them, it was and continues to be an honor to bring WWII and the Men of Easy Company to a new generation.

This special evening reminded all of us of the sacrifice that all of these men and women made for our country. In 1992 at the book release of Band of Brothers, written by Stephen E. Ambrose, every man who attended had an opportunity to briefly tell his story about jumping into Normandy. My father, George Luz, Sr., closed by saying, “the three years I spent with these men were the best three years of my life!” They shared a bond that only those who serve in combat understand. The young actors, Eion Bailey, Ben Caplan, Rick Gomez, Robin Laing, Matthew Leitch, James Madio, Ross McCall, Douglas Spain and Peter Youngblood walked in their shoes and continue to be great representatives of the Men of Easy Company.

Special thanks to Stephen Ambrose Historical Tours for the opportunity to represent my father and the honor to tour with great historians like Chris Anderson who bring these stories to life on the actual battle field.

Photo credit: Band of Brothers cast on stage courtesy of Nicole Finch. Nicole was on our Band of Brothers® Tour in September with her Dad Chuck. She also arrived in Toccoa a day early to run up Currahee.