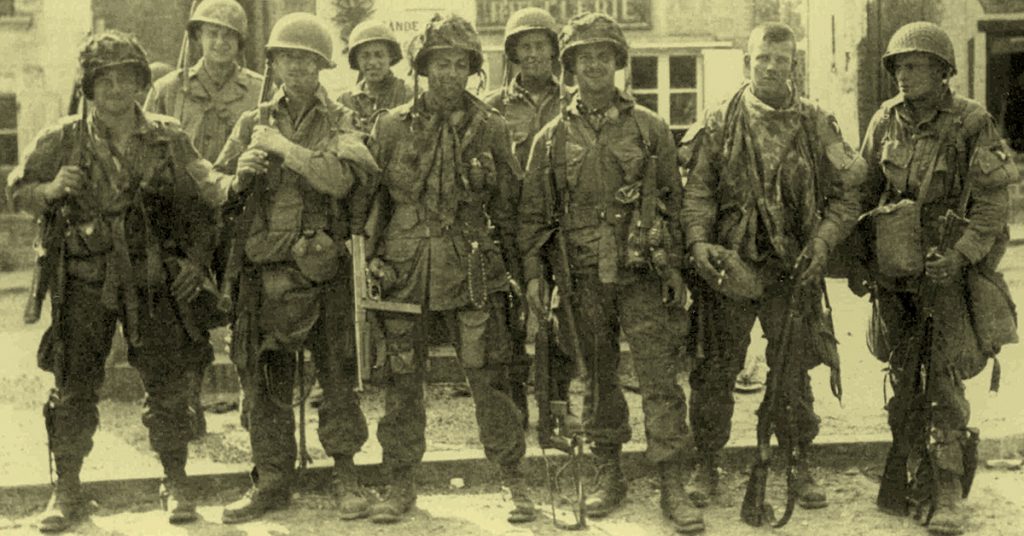 It is hard to believe that 30 years ago Stephen E. Ambrose’s book, Band of Brothers, was published. His extraordinary story of the ordinary men who fought in Easy Company during WWII is as engrossing a tale today as it was then. To honor the occasion, we share with you some of quotes from his book.

1. “In one of his last newsletters, Mike Ranney wrote: “In thinking back on the days of Easy Company, I’m treasuring my remark to a grandson who asked, ‘Grandpa, were you a hero in the war?’

4. “Chickenshit is so called – instead of horse- or bull- or elephant shit – because it is small-minded and ignoble and takes the trivial seriously.”

6. “Lieutenant Welsh remembered walking around among the sleeping men, and thinking to himself that ‘they had looked at and smelled death all around them all day but never even dreamed of applying the term to themselves. They hadn’t come here to fear. They hadn’t come to die. They had come to win.”

7. “It all happened,” Lipton summed up, “because Shifty saw a tree almost a mile away that hadn’t been there the day before.”

9. Sergeant Mercier…dressed in a full German officer’s uniform, topped off with a monocle for his right eye. Someone got the bright idea to march him over to the company orderly room and turn him in at rifle point to Captain Spears. Someone got word to Speirs before Mercier showed up. When troopers brought Mercier up to Speirs’s desk, prodding him with bayonets, Speirs did not look up. One of the troopers snapped a salute and declared, “Sir, we have captured this German officer. What should we do with him?” “Take him out and shoot him,” Speirs replied, not looking up. “Sir,” Mercier called out, “sir, please, sir, it’s me, Sergeant Mercier.” “Mercier, get out of that silly uniform,” Speirs ordered.”

11. “Ronald Spiers: The only hope you have is to accept the fact that you’re already dead. The sooner you accept that, the sooner you’ll be able to function as a soldier is supposed to function: without mercy, without compassion, without remorse. All war depends upon it.”

12. “At the hangars, each jumpmaster was given two packs of papers, containing an order of the day from Eisenhower and a message from Colonel Sink, to pass around to the men. “Tonight is the night of nights,” said Sink. “May God be with.”

13. “Hitler made only one big mistake when he built his Atlantic Wall,” the paratroopers liked to say. “He forgot to put a roof on it.”

14. “The first man stepped up to the open door. All the men had been ordered to look out at the horizon, not straight down, for obvious psychological reasons.”

15. “Speirs was an officer with a reputation. Slim, fairly tall, dark hair, stern, ruggedly handsome, he cultivated the look of a leader, and acted it. You liked him so much you just hated to let him down. He was, and is, all but worshiped by the men of E Company.”

Travel on the ORIGINAL Band of Brothers® Tour

Our ORIGINAL Band of Brothers® Tour is based on the recollections of the paratroopers themselves and the extensive research of Dr. Ambrose.