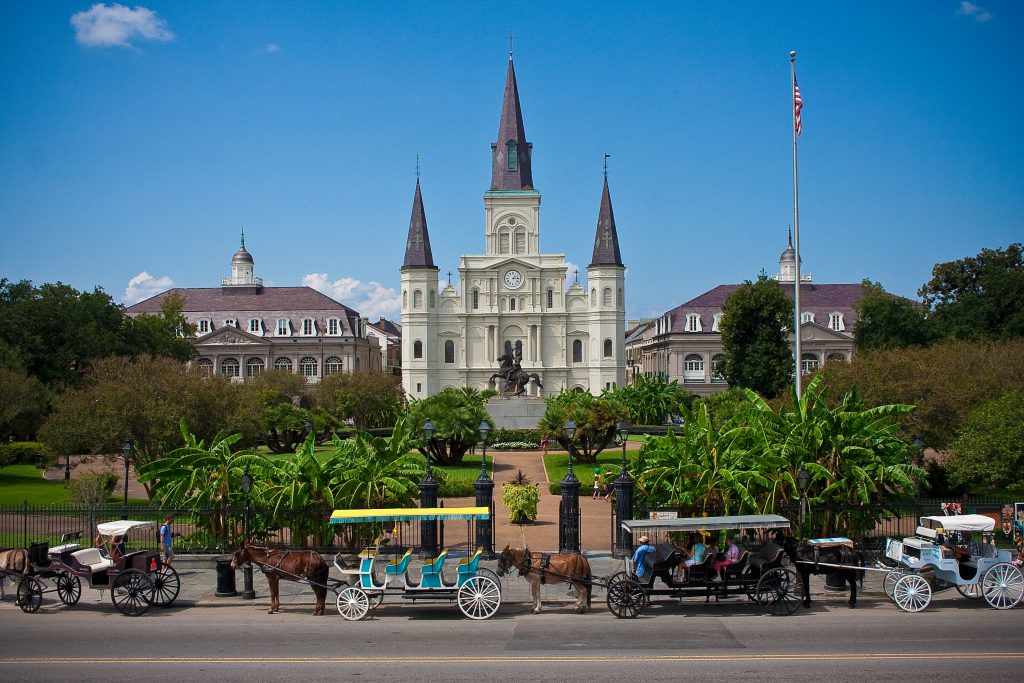 To give you an idea of what you can expect from our historians, following are the abstracts for the lectures on the Civil War. We will be posting abstracts for all other lectures next week.

Lecture: Stonewall Jackson’s leadership during the Shenandoah Valley Campaign of 1862

In the spring of 1862, Major General T. J. (Stonewall) Jackson led a small army of 17,000 troops through a series of hard-fought battles that tied down over 65,000 Union soldiers in Virginia’s Shenandoah Valley.  His victories brought a ray of hope to a beleaguered Confederacy.

Lecture: The military leadership of Grant and Lee during the 1864 Overland Campaign

Following his victories at Vicksburg and Chattanooga in 1863, Ulysses S. Grant was promoted to Lt. General and placed in command of all Federal armies.  In this challenging role, Grant undertook a campaign in the spring of 1864 aimed at the destruction of Robert E. Lee’s Army of Northern Virginia.

At the start of the Civil War, New Orleans was the biggest city in the Confederacy—larger than Richmond, Charleston and Memphis combined. Additionally, it was the world’s greatest exporting port. It was pure folly that the Confederate leaders did not make the defense of this great city a priority. How did the city plan to protect itself from invasion? From the forts at the mouth of the river to building defenses on land and water, we discuss how the city became helpless while the government siphoned off men and materiel for use in other parts of the South.

Lecture: Louisiana in the Civil War

Louisiana was markedly different from the other states of the Deep South. Having just become part of the US in 1803, it had developed as a French and Spanish colony with a unique set of customs, laws and language. We discuss Louisiana as it became “American” and developments leading up to the conflict, the war itself and the aftermath.

Lecture: Lincoln, Grant, and the Birth of Modern Strategy

In an era when most professional soldiers still thought in terms of the geometric and geographic concepts of Jomini and other interpreters of Napoleon, a small-town lawyer and a failed junior officer were among the first to recognize the essence of modern strategy. What did these two perceive about strategy, and how did they see what others missed? Strategy is not the only aspect of military leadership, but it is a vital component. Paradoxically, it is in many ways the simplest and rarest leadership skill, and one that both Lincoln and Grant mastered.

Lecture: How Not to Lead an Army: The Unfortunate Case of Don Carlos Buell

When he took command of the Army of the Ohio in 1861, he had professional training, combat experience in Mexico, a sterling peacetime record, the trust and friendship of his immediate superior, and an easy act to follow after his predecessor was relieved for going insane. He never lost a battle, yet today there remains practically no public memory of the man: no Fort Buell, no Buell Memorial, nothing. What went wrong? Sometimes it’s easier to identify something by its absence; this talk will look at the leadership qualities that Buell lacked, in spite of everything else he had going for him.

The symposium will be combined with tours of New Orleans that will highlight our rich history — the final battle of the War of 1812, home of the Higgins landing craft used on D-Day, site of Fort Jackson, which played a pivotal role in the Civil War — and culture, which includes visits to Mardi Gras World, the French Quarter, Oak Alley Plantation and other enchanting places.

There will be plenty of opportunities to mingle with our historians. We will also have some very fun surprises in store. Of course, our delicious Creole and Cajun food will be a bonus. It’s winning combination and we hope you will join us!

Check out the Leadership in American History & New Orleans Tour>>