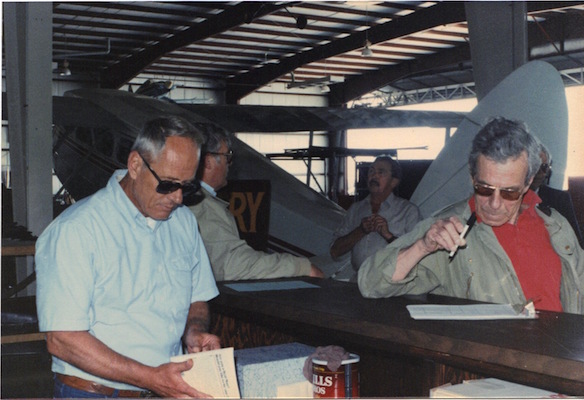 As a tribute to the soldiers who fought on D-Day, we have launched a new Stephen Ambrose D-Day Tours website.

Our renowned D-Day to the Rhine Tour dates back to the 1970s, from the days when Stephen E. Ambrose was a history professor at the University of New Orleans (UNO). At the time, fellow faculty member Peter McLean was administering the Innsbruck study abroad program for the university, and it was his idea to start the trips to Europe. During a leisurely sail on Lake Pontchartrain they decided to arrange to travel to Europe in 1979 to do the site inspection for what would become the first commercially operated D-Day tour.

Today, owner Dr. Edie Ambrose, who is Stephen Ambrose’s niece and also served as his teaching assistant at UNO, and her husband, Yakir Katz, carry on the history and legacy of these tours. Stephen Ambrose D-Day Tours is the product of 35 years of experience on the path of World War II history. The knowledge that comes from Stephen Ambrose as Eisenhower’s biographer, the expert WWII speakers he could garner, and his interviews with the men who fought on D-Day and in Normandy continue to inform our tours.

D-Day Project – Read the backstory about how Stephen E. Ambrose developed the first D-Day to the Rhine Tour and the amazing speakers such as British Major John Howard, who were on the early tours.
Normandy Tour – Learn all about our new Normandy Tour: From the Beachhead to the Falaise Pocket, which covers the Normandy Campaign from June 7, 1944 until the liberation of Paris. The tour will debut in 2017.
Photos – See amazing then and now photos of historic places in D-Day history as well as war time images of the soldiers who fought on D-Day and the battles that raged throughout Normandy. We will be adding new galleries, creating a comprehensive library of D-Day photos.