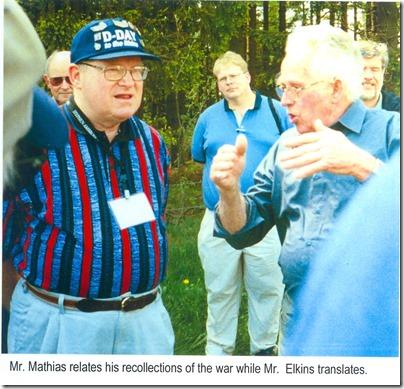 We have had many guests who have traveled on a tour with Stephen Ambrose Historical Tours tell us that it was a memory of a lifetime. As we are all armchair travelers for the moment, we have been inviting our guests to share their favorite memory while on one of our tours. Today, Glenn Cunningham transports us to a stand of trees and foxholes, where local Goenen Mathias shares his recollections of wartime in Belgium.

After three Stephen Ambrose tours, it’s difficult to select a single most memorable highlight. Standing on Mt. Suribachi, celebrating my birthday on Tinian, walking the beaches of Normandy and Anzio, exploring the ruins of Old San Pietro—every day seemed to provide another lifetime memory.

After finishing a book, there is usually a passage or two that sticks with me for a long time. Such was the case with Citizen Soldiers, which I read soon after it came out in 1997. The incident that stuck in my memory was the stand by Lt. Lyle Bouck’s 18-man I & R platoon at Lanzerath, Belgium, during the opening hours of what would become the Battle of the Bulge. The platoon inflicted heavy casualties on the German column and held up its advance for hours before they ran out of ammunition and were captured. Every time I looked at the book, I remembered Ambrose’s description of the battle. By the time we did the D-Day to the Rhine tour with Ron Drez, however, I probably didn’t remember the lieutenant’s name or unit, or even the location of the battle, other than that it was in Belgium.

So, on a sunny day in May 2002 our bus stopped just outside a village in Belgium. We disembarked and walked up a gentle slope to a thin stand of trees, under which the remnants of decades-old foxholes were evident. As Ron began to describe the action which had taken place here, it suddenly dawned on me that this was the scene of the battle which I had envisioned in my mind so many times! Needless to say, this really made my day!

Then we received a tour bonus. As Ron addressed our group, an elderly white-haired gentlemen walked up the slope and joined us. His name was Goenen Mathias, and at the time of the battle he was 17 years old, living with his parents in Lanzerath. His English was limited, so one of our tour members, Mr. Irwin Elkins, translated his German for us.

Mr. Mathias talked at length of his recollections of the war. On the night of the battle some of the wounded German soldiers were quartered in his parents’ house. He remembered the German commander, Col. Peiper, coming to the house to visit his troops. After addressing the group as a whole, several tour members had questions for him. With Mr. Elkins’ help, he accommodated everyone. He was with us for over an hour. A truly delightful gentleman, and great way to end this portion of our tour. 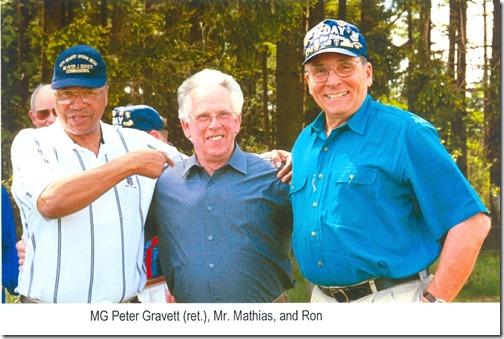