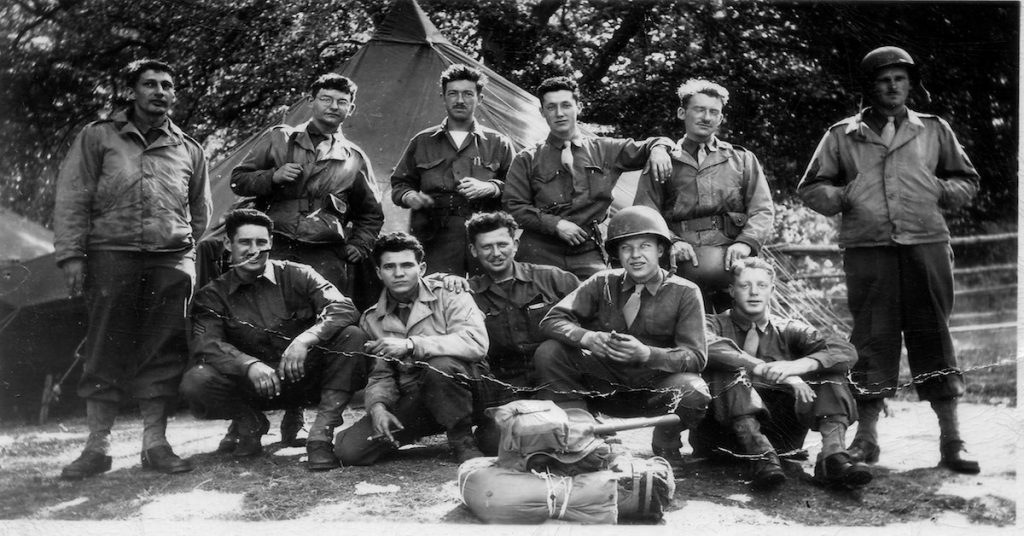 The National World War II Museum in New Orleans is unveiling a major new Ghost Army exhibit on March 5, 2020. It is entitled “Ghost Army: The Combat Con Artists of World War II,” and it will be in the museum’s brand new Hall of Democracy building. Our historian for the Ghost Army Tour, author and filmmaker Rick Beyer has been working with curator James Linn and his team on this exhibit, and he is very excited about what’s in store.

This will be a great occasion, and we want to invite veterans, families, and anyone interested to join us for the opening night celebration.

The grand opening takes place in New Orleans on Thursday, March 5, 5-8 PM. A reception precedes the remarks. There will be an open bar and light apps.

The exhibit will be open for viewing throughout the evening of its opening presentation. Rick also reports that he expects five Ghost Army veterans and nearly 100 family members to attend!

This event is free and open to the public, but please register to attend.

Register FREE for the opening reception>>

The “Ghost Army: The Combat Con Artists of World War II” exhibit explores the story of the US Army’s 23rd Headquarters Special Troops, known as the “Ghost Army,” who elevated battlefield deception to an art form during World War II in order to fool Adolf Hitler’s forces.

A top-secret unit that included future famed artists such as Bill Blass, Ellsworth Kelly, and Art Kane, the 23rd waged war with inflatable tanks and vehicles, fake radio traffic, sound effects, and even phony generals. This carefully selected group of artists, engineers, professional soldiers, and draftees—armed with nothing heavier than .50 caliber machine guns—fooled Hitler’s armies, saved thousands of lives, and played an important part in Allied victory in World War II. Through Ghost Army, the story of the 23rd and their deception operations across Europe will be told through featured artifacts such as artwork, uniforms, an inflatable tank, and more.

Located on the first level of Hall of Democracy in the Senator John Alario, Jr. Special Exhibition Hall, Ghost Army is the gallery’s first-featured, Museum-curated exhibit and will be on view from March 5, 2020, through September 13, 2020.

The Ghost Army Tour is a special edition of our popular D-Day to the Rhine Tour. As you follow the path of the American boys who liberated Europe, you will also discover the secret story of the top-deception troops known as “the Ghost Army” who made their own important contribution to ultimate victory.