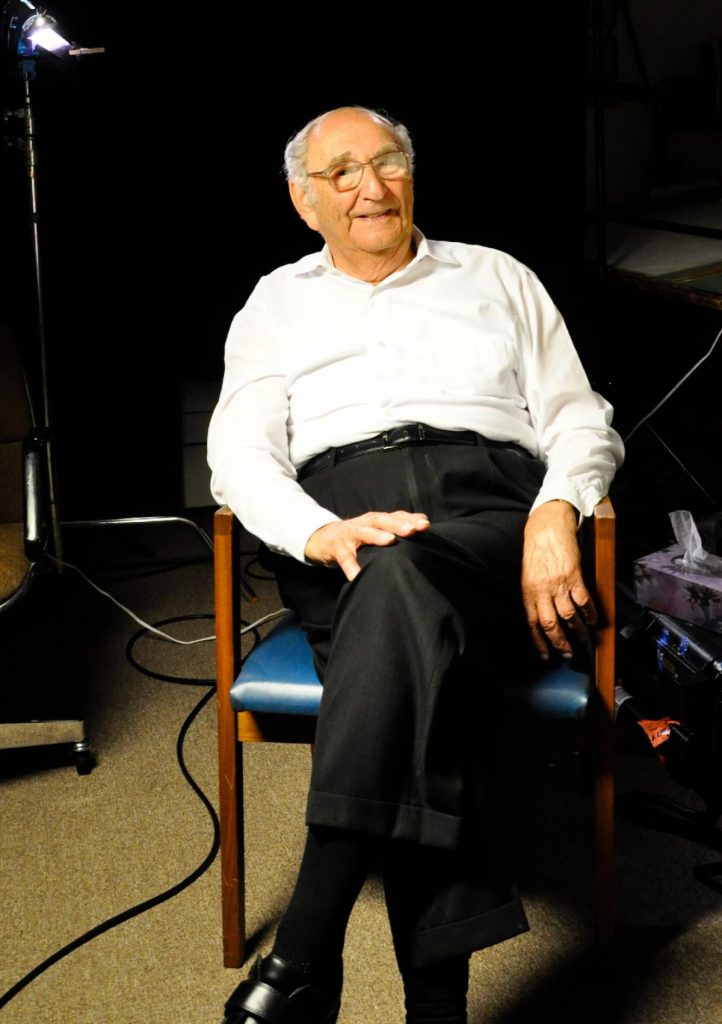 We were sad to hear the news that Ghost Army veteran Gil Seltzer recently passed away. Rick Beyer, the historian for our Ghost Army Tour, has penned a wonderful remembrance of Gil. We hope you’ll take a few minutes to learn more about this amazing man.

Gil Seltzer, the oldest surviving veteran of the Ghost Army, passed away on August 14, just two months shy of his 107th birthday.

Born in Canada, Gil came to New York City in 1937 to work as an architect. During the war, he served as an officer in the 603rd Camouflage Engineers. He commanded a platoon, and later became adjutant of the 603rd.

After the war, he went back to work as an architect. His incredible career spanned more than 80 years. He worked on buildings at West Point, the East Coast War Memorial in New York’s Battery Park, and Utica Memorial Auditorium better known as The Aud. (When it was erected, they buried a time capsule. Opening it up 60 years later, they were quite shocked to learn that one of the architects who designed the innovative building was still alive – and mounted a unique 3-D portrait of Gil!)

Up until a year or two ago, he was still going to his office four days a week. He seemed unstoppable. Gil had this to say about his work as an architect: “I consider it the mother of all arts. I have worked with the greatest artists in the world. I am proud to call myself an architect.”

Gil often served as The Ghost Army’s ambassador, appearing on NBC News and NPR’s StoryCorps among others. “It was an experience that can’t be translated,” he said in his StoryCorps Interview. It was funny, it was distasteful, it was crazy. We did it to overcome a terrible, terrible enemy. And the fact that we did so successfully is probably the biggest source of pride.” He found it hard to believe that something he was involved with 75 years ago still generated so much attention.

Gil, thank you for your service, your friendship, and being such a big part of our Ghost Army adventure. We will always miss you.