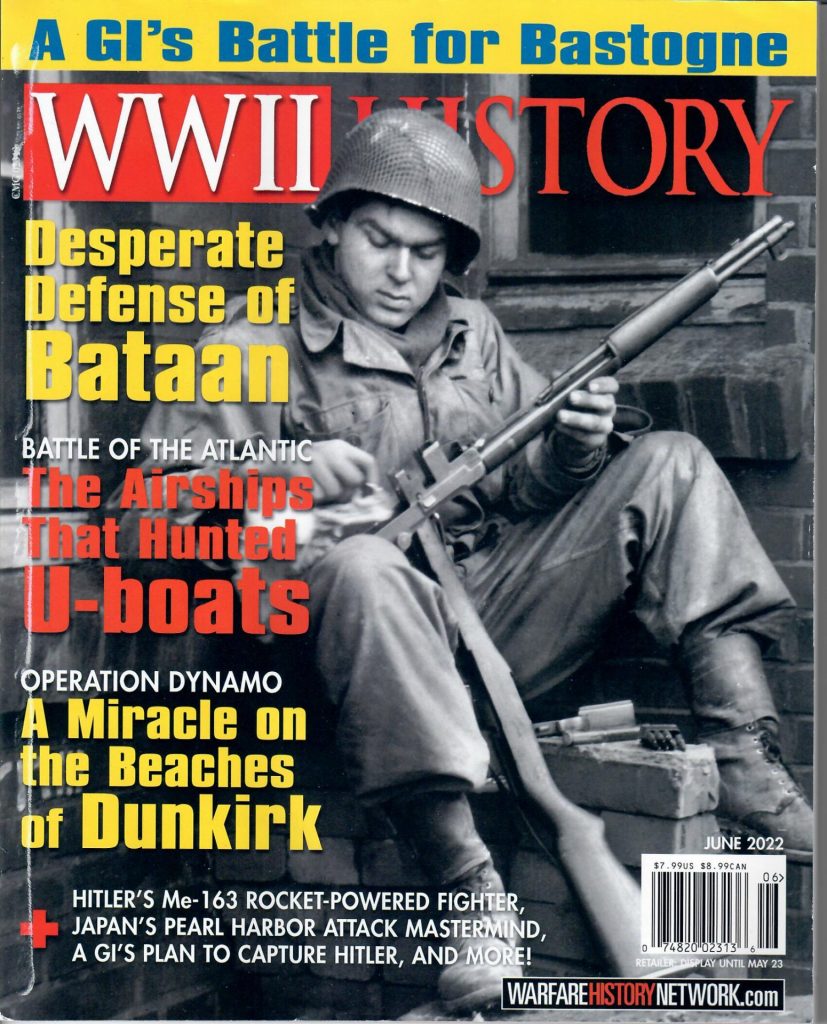 WWII History magazine has published historian Kevin M. Hymel’s latest article, “Infantryman in Bastogne” in the June 2022 issue. In the article Kevin tells the story of a soldier from the 75th Infantry Division who found himself besieged and fighting in Bastogne while his wife back home worked at Andrews Air Force Base. You’ll also find his photo essay, “Eisenhower to the Front,” which captures of General Dwight D. Eisenhower visiting frontline and logistics troops in November of 1944.

Kevin Hymel is a Historian for the U.S. Army and lives in Arlington, Virginia. He is the author of Patton’s War: An American General’s Combat Leadership, which covers North Africa and Italy from November 1942 to July 1944, and Patton’s Photographs: War as He Saw It. He has served as a historian at the U.S. Army Combat Studies Institute at Ft. Leavenworth, Kansas. He was also the Research Director for WWII History and Military Heritage magazines and has written numerous articles for each. Kevin has been a popular historian with Stephen Ambrose Historical Tours for more than 15 years, and has appeared in numerous documentaries on the History Channel and American Heroes Channel. He received his Bachelor’s Degree from LaSalle University and Master’s Degree from Villanova University, both in History.