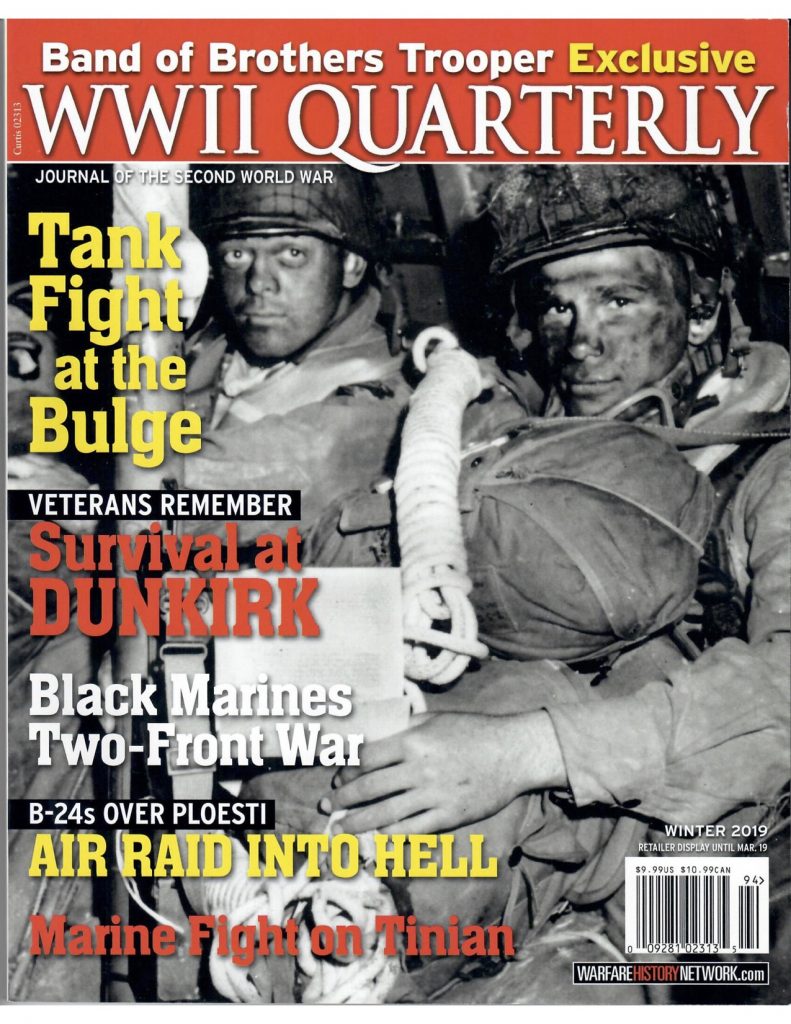 Historian Kevin Hymel has had several of his WWII articles published in WWII Quarterly and WWII History magazines.

If you watched Band of Brothers, you probably remember episode 4, “Replacements,” where Lt. Bob Brewer, looking like Patton, was shot in the neck in the Netherlands. As the men of Easy Company rushed passed Brewer, a medic treating Brewer was also shot. That medic’s name is Al Mampre, who started his Army career with Easy, as a Toccoa Man, and later became a medic for the 2nd Battalion of the 506th Parachute Infantry. Al told historian Kevin M. Hymel his amazing story, which Kevin recounts in the article “Screaming Eagle Medic.” You can read it in the February 2019 issue of WWII Quarterly. 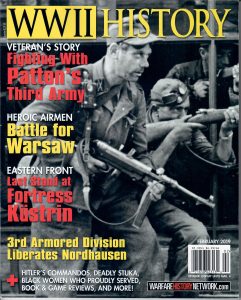 Kevin interviewed Lena Derriecott King, who served in the only all-black, all-female unit to serve overseas, the 6888th Central Postal Directory Battalion (where she fought a three-front war), for a story that appears in the February 2019 issue of WWII History. She was one of the five surviving members of that battalion who attended the recent dedication of the 6888th Central Postal Directory Battalion monument at Fort Leavenworth, Kansas. Kevin, who also attended, had the pleasure of speaking with Cpl. Derriecott then about her time serving in the 6888th then.

Also appearing in WWII History is his interview with Armand Lorenzi, a BAR gunner with the 94th Infantry Division (Patton’s Third Army) in the last months of the war in Europe.

On newsstands now. Check ’em out!