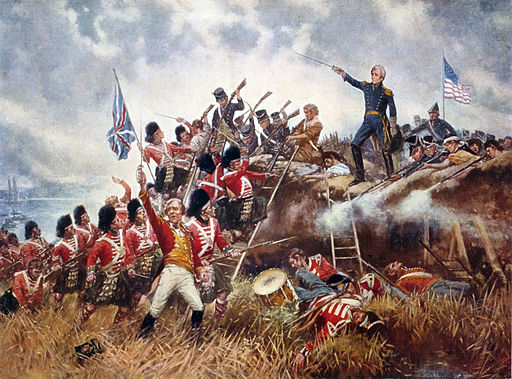 Occasionally we like to highlight historical events that coincide with our travels and tour offerings. In this case, two significant events occurred in January that we feature in our tours for visits and discussions. They are related to other happenings during the Civil War and one vital closing episode from the War of 1812 that took place right downriver from the city of New Orleans and perilously close to home for the folks who lived here at the time.

The Battle of New Orleans

08 January 1815 – The Battle of New Orleans took place on the Eighth of January 1815 and was the culmination of a campaign the British, led by General, Sir Edward Pakenham—brother-in-law of Arthur Wellesley, known more famously as the Duke of Wellington. He was leading his 8,000 troops on a mission to forcibly take New Orleans. Had they been successful, they would have certainly abrogated the Treaty of Ghent, basically tear it up and throw it in the fireplace. The treaty signing had been in December in Belgium, so technically the war was over, even though the American Congress had yet to ratify it. Pakenham was under orders to take New Orleans while the British had this “breathing room” between the treaty signing and the official approval.

Critics over the years have said that the battle was insignificant, even meaningless. But that is a rather short-sighted analysis. Through the ages it is important to remember that treaties are written on paper. If the British had taken N.O., they would possess the large, important port city—just recently part of the United States—at the mouth of the Mississippi River. Control of that river would have formed a preventive “wall” to the westward expansion of the U.S. The Louisiana Purchase would have been meaningless and the U.S. would be enveloped by British territory from Canada to the Gulf of Mexico.

Future president Andrew Jackson created an alliance of Tennessee and Kentucky riflemen, Louisiana Cajuns and Creoles, Choctaw and other Indians from the region, the pirate Jean Lafitte and free men of color. Their victory not only saved New Orleans and preserved American control of its greatest commercial waterway for the future, but it gave a morale boost to a country that was without much of a standing army. The Americans had beaten the best army in the world. The army that had recently defeated Napoleon.

Ron Drez, senior historian at Stephen Ambrose Historical Tours, does a thorough explanation of the war and the Battle of New Orleans in his book, The War of 1812: Conflict and Deception published by LSU Press in 2014.

We will feature the battle as part of the Leadership in American History Symposium and Historic New Orleans Tour, an enlightening and entertaining mix of daily lectures by and discussions with our distinguished historians, and visits to historical and cultural sites in New Orleans and Louisiana (not to mention outstanding food and music!)

01 January 1863 – Another significant January event was the January 1st, 1863 Emancipation Proclamation. President Abraham Lincoln penned the document months before—some think it was a little dicey that he put it together after the 17 September stalemate at the battle of Antietam on 17 September 1862. Still things did not improve. December arrived and with it the disastrous Union defeat at Fredericksburg, Virginia. The mid-term congressional elections (set mostly in November) were the next major setback in the middle of President Lincoln’s first term. His Republicans lost 22 seats in Congress, while the Democrats picked up 28, for a net swing of 50 seats (or 27 percent) out of a total House membership that was then 185.

The reasons for the Republicans losing their majority in the House were several. Many voters leaned toward the Democrats due to a sharp displeasure with the Administration over its failure to deliver a speedy end to the war. Add to that, rising inflation, high new taxes, ugly rumors of corruption within the administration and military, the suspension of habeas corpus—most notably in Maryland—and the very unpopular institution of the military draft.

The idea of emancipation was not always welcomed by many people in northern cities whose attitudes about the concept of freed slaves were often ambivalent at best. There was a fear that, once free of southern bondage, the slaves would flock to northern cities where they would move in and take jobs away from laborers. This undercurrent of resentment was especially true among the urban ethnic enclaves where politicians took advantage of the fears harbored by the Irish and German immigrants. This issue and that of the military draft were key issues. These immigrants were suspicious of and disliked conscription, it was an unpleasant reminder of the ways of the “Old Country” and played upon their worries about job security. There was no welfare nor did unemployment compensation exist in those times. One either worked or the family went hungry. Politicians could take the opportunity to play upon such fears.

The Emancipation Proclamation announced in late September, served to gain votes for the Republicans in areas where abolition was popular, such as New England and the Upper Midwest, but it lost votes in the ethnic cities and the lower Midwest. Democrats did very well in Indiana, New York, Ohio and Pennsylvania. And Southern Illinois was still a Democrat stronghold, even though Lincoln had appointed General John McClernand, a democratic representative from that Congressional district, in order to hold onto the region politically. McClernand was to capture Arkansas Post in a confidence-building victory that took about 5,000 Confederate prisoners, but that was not until the 11th of January. However, prior to that the war had not been going well for the Union. Besides the debacle at Fredericksburg there were other setbacks.

Learn more about this on our Civil War: This Hallowed Ground Tour>>

Deep in the Confederacy, the Holly Springs, Mississippi raid right before Christmas—likely the brightest spot in Earl Van Dorn’s service in the Confederate army—was a disaster for General Grant’s supply line and stores at the start of his campaign to gain control of the Mississippi River. The surprise cavalry raid that took advantage of post-Christmas party revelry on the part of the Yankee garrison, captured or destroyed millions of dollars worth of munitions, foodstuffs and other provisions for the Union army. Thereafter, Grant would rely on supply lines via the waterways. Van Dorn, of course, was a renown philanderer who later died from gunshots delivered by a cuckolded husband at Van Dorn’s headquarters in Spring Hill, Tennessee.

William Tecumseh Sherman’s defeat at Chickasaw Bayou or Chickasaw Bluffs, also in Mississippi, was a severe blow inflicted by the Confederates at the very end of December and the battle at Murfreesboro or Stone’s River had just begun on New Year’s Eve. The battle at Murfreesboro saw William Rosecrans and his nearly 42,000 Federal troops pitted against about 35,000 Confederates under Braxton Bragg near Stones River in central Tennessee. It was not a factor in Lincoln’s political strategy with the Emancipation, but it greatly affected the people on both sides.

Learn more about this on our Civil War: Mississippi River Campaign Tour>>

Learn more about this on our Civil War: War on the Rivers, Rails and Mountains Tour>>

So, back to occurrences that did not set the stage well politically or emotionally for the Lincoln Administration. The December 13 Fredericksburg battle in Virginia had been a disaster for the Union. General Ambrose Burnside had waged an assault on Confederate positions only to be repulsed. In repeated attacks on Marye’s Heights, General Longstreet’s well-positioned Confederates mowed down wave after wave of Federal attackers. Robert E. Lee had withdrawn from the town to occupy the strategic high ground and wait on Burnside’s 120,000-man Army of the Potomac to cross the Rappahannock River. 13,000 casualties later, it proved to be a demoralizing loss for Lincoln and the North, especially after the November elections. Add to this, it took place just 50 miles south of Washington and struck very close to home for the Lincoln Administration and Truly a sad Christmas for many families and hardly the way Lincoln wanted to preface the Emancipation.

You will remember that, Antietam in September had not been a military victory for McClellan and the Union Army, but it was enough to get Lee to withdraw his army back to Virginia. And enough for Lincoln to put forth his proclamation that: all slaves in the rebellious states “shall be then, thenceforward, and forever free.” While the Emancipation Proclamation did not free a single slave, it was an important turning point in the war, transforming the fight to preserve the nation into a battle for human freedom.

Prior to this. Lincoln had not made slavery a political issue or a major wartime goal. Additionally, slaves who escaped or lived in territories occupied by the Union army were considered “contraband of war,” or they often could be returned to their owners. In the border states, such as Kentucky, Maryland and Missouri, it did not apply. However, as the war went on, more and more slaves became free and these states would abolish slavery. Eventually, of course, the 13th Amendment came about and in December of 1865, the abolition of slavery became official and the law of the land. Well before the war, Lincoln had said that slavery was “an unqualified evil to the negro, the white man, and” the country. Robert E. Lee said as much in an 1856 letter to his wife. However, in President Lincoln’s first inaugural address he announced that he did not intend to intercede “directly or indirectly” with slavery “in the States where it exists.” He repeated this again when the war was three months underway in an address to Congress on July 4, 1861, again, that was when the war was still in its early stages.

Learn more about this on our Civil War: This Hallowed Ground Tour>>