One the 78th Anniversary of D-Day, Historian Mark Bielski, Ph.D. has four episodes on D-Day on his History with Mark Bielski podcast that you won’t want to miss! 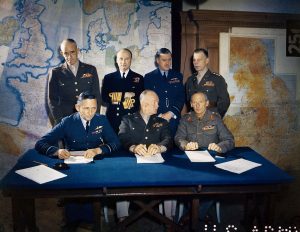 Mark begins his series of podcasts dedicated to the 76th Anniversary of D-Day, discussing Operation Overlord, the planning of the D-Day invasion. He includes excerpts from WWII lectures that historian Stephen E. Ambrose gave at the University of New Orleans, covering the preparation the Allies made for Operation Overlord. By December of 1943 the United States and Great Britain agreed that they were going to open a front in northern Europe with an invasion of France.

Mark continues his discussion of Operation Overlord, the planning of the D-Day invasion. He discusses the crucial deception plan, Operation Fortitude conducted to fool Hitler and his staff about the location, strengths and leadership of the upcoming invasion. He includes excerpts from the lectures of historian Stephen E. Ambrose WWII at the University of New Orleans. 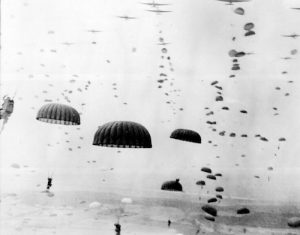 Mark talks about the invasion airborne operations. He and guest historian, Marty Morgan, discuss the airborne operations and actions of the American 82nd and 101st Airborne and the British 6th Airborne Divisions on D-Day. They cover the details of the paratroopers, including “the greatest feat of flying in the Second World War.”

Mark and historian Marty Morgan discuss the invasion operations, Omaha Beach landings and Vierville Draw, a key part of the brutal battle against the entrenched Germans that led to the success of Operation Overlord and eventual Victory in Europe.