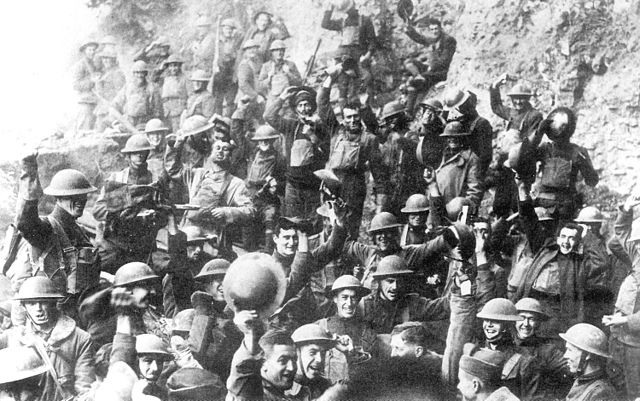 From 1914-1918 millions of men fought each other across a brutal 475-mile long “No Man’s Land,” that stretched from the North Sea to the Swiss border. When the guns finally fell silent, 10 million soldiers were dead, century’s old monarchies were overthrown, the map of the Middle-East was redrawn, the United States had become a world power and an angry and embittered Corporal Adolf Hitler returned to Bavaria determined to avenge the humiliation of defeat and return Germany to greatness.

This week on the History with Mark Bielski Podcast, Professor Gary Sheffield, one of Britain’s foremost experts on WWI, returns to offer insightful analysis of events at the end of WWI. He and Mark discuss America’s participation in the Great War, the conclusion of hostilities, the Armistice of 11 November 1918 and the Versailles Treaty. Mark draws from Professor Sheffield’s new release of The First World War published in association with the Imperial War Museum, as well as his earlier work, Forgotten Victory.

This is the second of a two-part podcast with Professor Sheffield. In Part I, which aired two weeks ago, Mark and Professor Sheffield review the War up until the end and American involvement in 1918. They cover the major events in the great cataclysm as well as some lesser known, yet important and intriguing aspects of the war.

Listen to WWI with Gary Sheffield Part I>>

Photo: Men of US 64th Regiment, 7th Infantry Division, celebrate the news of the Armistice, 11 November 1918.

Travel on the WWI Tour: War to End All Wars

Our new WWI Tour, marking the 100th anniversary of the War to End All Wars, has been a hit. As Gary Rohrer, who traveled on the tour last fall, said:

“I enjoyed a terrific tour of the WWI battlefields in Belgium & France last fall with historian Chris Anderson! It was the 100th anniversary of the US entering the war and it was an amazing 2-wk trip that began in Brussels then on to the Battle of Waterloo that re-drew the map of Europe in the early 19th century and set the stage for events leading up to WWI. My good friend and travel companion, Jim Hutson convinced me to go and I’m so glad that I did. Highly recommended!”

If you follow our Facebook page, historian Rick Beyer, who is accompanying historian Chris Anderson on our current WWI Tour, has been posting some great photos as the group has made their way along the Western Front.

About the World War I Tour 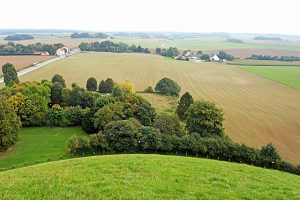 Our WWI: War to End All Wars Tour explores the most significant sites along the old Western Front, seeing where history was made and discussing the Great War’s terrible consequences.

Chris Anderson, who leads the tour, has spent considerable time researching and studying the First World War. After college, he moved to the UK for a year to interview British veterans of the Great War. Later as assistant curator at the Historical Society of the Militia and National Guard, he was able to interview many surviving American Doughboys.

We will be running the tour again next year. Join us!

Learn more about our WWI: War to End All Wars Tour>>

Photo: View of the Waterloo Battlefield