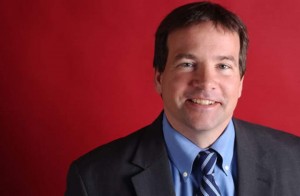 We are very sad to report that Stephen E. Ambrose’s son, Hugh Ambrose, passed away on Saturday after a long battle with cancer. Hugh continued to carry on his father’s work at the National WWII Museum after Dr. Ambrose died and was also a historian, working as a consultant on the HBO miniseries The Pacific and also writing The New York Times best-selling companion book of the same name.

As the owner of Stephen Ambrose Historical Tours, Yakir Katz had the pleasure of working with Hugh throughout the years. “Hugh was always a friend and supporter of the company. He was generous in sharing his knowledge about his father’s research as well as his own. We will miss him greatly.”

Like Stephen Ambrose, Hugh was a great storyteller. As he said in an interview with Montana Magazine regarding his work on The Pacific, “It all boils down to storytelling. That’s what history ultimately is. Good narrative history engages the reader on important issues of cause and consequence and meaning, but it does it by bringing alive a time, a place and cast of characters. And it does it in a way that the books might actually be read by non-academics.”

In his memory, we hope you will take a moment to read this wonderful account of Hugh’s life and accomplishments written by Richard Thompson of The Advocate.

By Richard Thompson, The Advocate

Hugh Ambrose, a historian who played a significant role in developing the National World War II Museum, which was founded by his father in 2000, died Saturday after a lengthy battle with cancer. He was 48.

Ambrose served as a consultant for the 10-part World War II HBO production “The Pacific” and wrote The New York Times best-selling companion book to the miniseries.

He was the son of acclaimed biographer Stephen Ambrose, a longtime University of New Orleans history professor who spearheaded the founding of the former National D-Day Museum in the Warehouse District.

Hugh Ambrose earned his undergraduate and master’s degrees in history at the University of Montana. He worked with his father on several documentaries and films, including HBO’s “Band of Brothers” and the best-sellers “Citizen Soldiers,” “Nothing Like It in the World” and “Undaunted Courage.