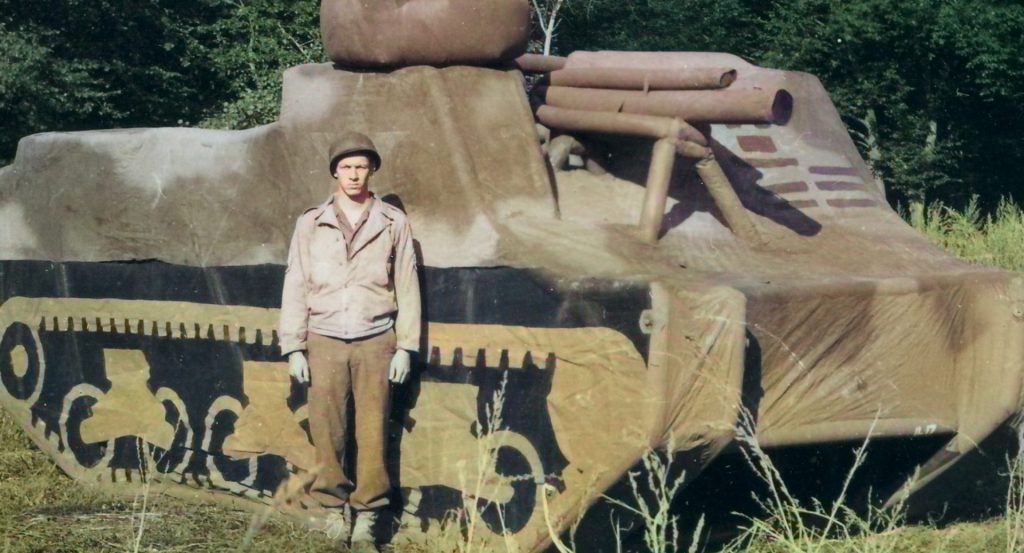 Join us online for a live program that will bring together Ghost Army veterans and feature congratulatory messages, a video history of the Gold Medal and the seven-year journey, its passage, surprise guests, and much more. Best of all, veterans of the unit will have a chance to talk personally about the meaning of this long-overdue recognition.

The Ghost Army Congressional Gold Medal Celebration will be held on Sunday, February 13 at 2 PM Eastern/1PM Central/12PM Mountain Time/11AM Pacific. You can tune in live via the following YouTube link.

Join Us for a Ghost Army Congressional Gold Medal Celebration >

People have lots of questions about the Ghost Army Congressional Gold Medal. Here is what Rick Beyer, President of the Ghost Army Legacy Project and the historian for our Ghost Army Tour, knows so far:

There will most likely be an official presentation ceremony in Congress when the medal is presented two years from now. While the details of this are up to the Speaker of the House, we hope and assume that veterans and family members will be able to attend, and the Ghost Army Legacy Project will work toward that end.

The mission of The Ghost Army Legacy Project is to preserve and honor the legacy of these men.