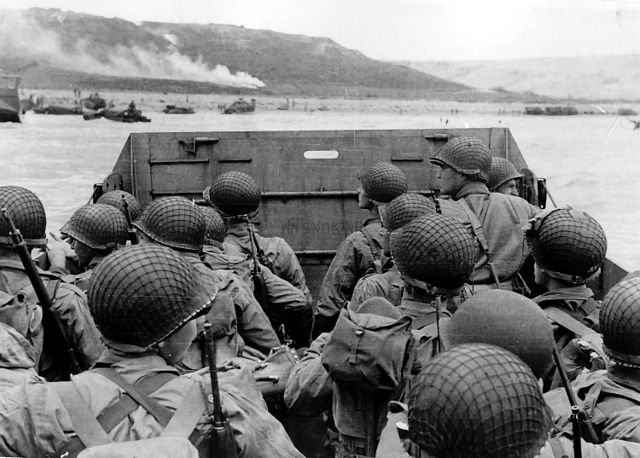 To give you an idea of what you can expect from our historians, following are the abstracts for the lectures on WWI and WWII.

Lecture: Getting Them Over There: John J. Pershing, the Creation of the American Expeditionary Force and the Birth of the Modern Army

The Kaiser could be forgiven for believing the Allies would be defeated long before a single Doughboy landed in France. When the United States declared war on Imperial Germany in April 1917 its army was a minuscule constabulary force barely sufficient in size to police America’s borders and wholly unprepared for waging a modern, industrial war. It was largely through the vision, singlemindedness of purpose and determination of one man, General John J. Pershing, that within a year the United States had created, and fielded, a military force that would be decisive in bringing about the defeat of the Central Powers after four years of the most cataclysmic war in human history.

The surprise attack at Pearl Harbor was indeed a surprise to all who would not see. But one man saw it and predicted it in 1923–eighteen years before December 7, 1941. General Billy Mitchell, a hero of the Great War, detailed it all and how it would unfold. His railings against the antiquated military and political mind set of the time led to his court-martial and removal from the service; but five years after his death his prophecy came true.

It would be one throw of the dice against the German might: the Normandy Invasion. But Eisenhower’s landing force could be dwarfed and overwhelmed by concentrated German forces. To have a chance of success, the Germans had to be deceived as to where and when the landing would occur. Fortitude South was the tangled web of spies and lies to deceive.

Lecture: Architect of Overlord: Frederick Morgan, the forgotten hero of the D-Day Landings

In early 1943 British Lieutenant General Frederick Morgan was told to begin planning for the invasion of France. He did not know where the invasion would take place, he did not know how many ships there would be to cross the Channel with or how many aircraft would fly overhead. He did not even know how many men would be at his disposal or who would command them. Undaunted, with a three-man staff, Morgan began working on the plan for what would become Operation Overlord. It was Morgan and his staff that selected Normandy as the site of the landings, the necessity to construct and transport to Normandy the Mulberry harbors, the deployment of British landing forces on the left and Americans on the right of the landings and the mass deployment of airborne forces on the flanks. Despite the central role he played, Morgan and the staff that he created are largely overlooked in discussions of the D-Day landings.

A few weeks after D-Day, a top secret US Army unit went into action in Normandy. Armed with inflatable tanks, sound effects, creativity and dazzling showmanship, their mission was to fool the Germans right on the front lines. Historian Rick Beyer presents his award-winning documentary on the 23rd headquarters Special Troops, known today as The Ghost Army.

In July 1943, Allied forces launched Operation Husky, the invasion of Sicily. Within that bigger picture, the U.S. Army conducted its first mass-tactical, vertical-envelopment operation by inserting the 82nd Airborne Division into drop zones located adjacent to the Bay of Gela. In the execution, American fighting spirit and effective small unit leadership made it possible for these American paratroopers to accomplish the mission.

Could this story be true? During the cold and snowy last phase of the Battle of the Bulge, General George S. Patton’s troops were stymied at the Sure River while the Germans rained artillery and small arms fire down on the Americans. When Patton’s engineers told him they could not bridge the river because of enemy fire, Patton took off his pistol, removed his coat, shirt and pants and swam the river under fire and then swam back, inspiring his engineers and foot soldiers to cross the river and engage the enemy. This long-held myth will be explored for the facts on what happened that day.

If one had to choose the preeminent figure of WWII, who would it be?  The countries involved had political and military leaders of every ilk. Dictators, democrats, monarchs, parliamentarians, autocrats and imperialists—which was most successful? We compare and contrast the men and methods and draw a consensus from the group for the most effective leader.

During the summer of 1942, German U-Boats prowled the waters of the Gulf of Mexico, sinking ships that carried valuable war commodities. By the end of summer, 56 ships rested on the sea oor and the German U-Boats went away, but they had reaped a heavy harvest leaving a legacy of submerged wrecks and folklore that is alive and vibrant to this day.

The symposium will be combined with tours of New Orleans that will highlight our rich history — the final battle of the War of 1812, home of the Higgins landing craft used on D-Day, site of Fort Jackson, which played a pivotal role in the Civil War — and culture, which includes visits to Mardi Gras World, the French Quarter, Oak Alley Plantation and other enchanting places.

There will be plenty of opportunities to mingle with our historians. We will also have some very fun surprises in store. Of course, our delicious Creole and Cajun food will be a bonus. It’s winning combination and we hope you will join us!

Check out the Leadership in American History & New Orleans Tour>>