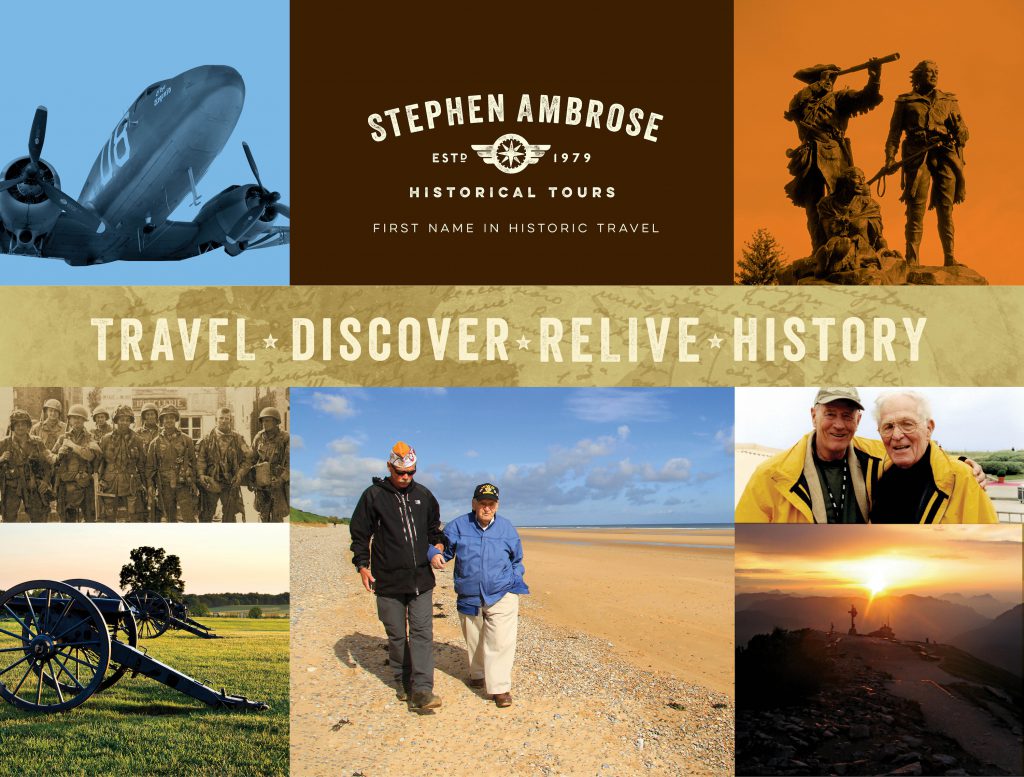 I invite you to travel with us this year through the battlefields of Europe, the Pacific and the Civil War, and follow the trails of explorers in the American West. As you walk in the footsteps of America’s heroes, our historians will share the remarkable narratives of the events that have changed the course of history at the very places where they occurred. Their passion and enthusiasm will leave you with memories of a lifetime. 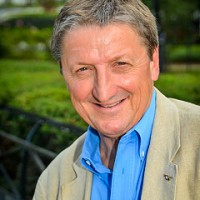 Below, are the tours that Stephen Ambrose Historical Tours has lined up for 2017, all of them “bucket list” worthy experiences. I have personally noted why you will want to travel on each of the tours. Since we are in the throes of Carnival season here in New Orleans, I have also thrown in, as we say in Louisiana, some lagniappe (lan-yap), “a little something extra,” which you will only find on a tour with Stephen Ambrose Historical Tours.

Why Go: This is the ORIGINAL Band of Brothers® Tour based on the first-hand and personal recollections of the paratroopers and the extensive research of our founder, Stephen E. Ambrose, who wrote the best-selling book, Band of Brothers, on which the miniseries was based.

Lagniappe: You will get to travel with one of two historians who have personal connections to Easy Company. Historian Ron Drez first encountered the now legendary Band of Brothers in 1988, while historian Chris Anderson was a confidante of Major Dick Winters.

Why Go: Our D-Day to the Rhine Tour was designed by Stephen Ambrose, who first led this WWII Tour in the late 1970s, making it the first commercially operated D-Day tour. We are the only tour company to tell the entire story of D-Day, traveling from England where D-Day was planned to the Normandy beaches to Bastogne where the Americans rallied and stopped the German attack.

When to Go: Follow along the path where America’s best and brightest fought in World War II on our D-Day to the Rhine Tour this spring, summer or fall. 13 days for $4,790 per person

For those with less time we offer our Operation Overlord Tour, which covers England and Normandy. 9 days for $3,090 per person

Lagniappe: You will stand on the battlefields of Normandy, in the places where Stephen Ambrose stood with D-Day veterans to record their firsthand recollections.

Why Go: This tour gives you a panorama of the major events that began and ended the Civil War, starting with First Manassas, culminating with Gettysburg and breathing the air of finality at Appomattox.

When to Go: Study the military campaigns and delve into the causes as well as the people, soldiers and civilians alike, on our Civil War Tour: This Hallowed Ground this spring, summer and fall. 9 days for $2,590 per person

Lagniappe: You will have privilege of traveling with two of the most acclaimed and respected Civil War historians in the country, Jack Mountcastle and Gerry Prokopowicz.

Why Go: We offer the only Civil War Tour that visits the sites and battlefields fought along the Mississippi River, including Memphis, Shiloh, Vicksburg, Port Hudson and New Orleans, in a trip designed to reconstruct the struggle for the river and the key transport routes of the Confederacy.

When to Go: Travel this October with historian Mark Bielski, who designed the Civil War Tour: Mississippi River Campaign. 8 days for $2,790 per person

Lagniappe: You will have the pleasure of sampling some of the best food the South has to offer.

Why Go: Visiting the sites and battlefields significant to Patton’s Third Army will help you understand how this maverick general helped win the war in Europe.

When to Go: Travel to Normandy, Brittany, Mont-St-Michel, the battlegrounds of Falaise Pocket, Bastogne and Mainheim, Luxembourg on our In Patton’s Footsteps Tour this June. 12 days for $3,990 per person

Lagniappe: You will get to travel with historian Kevin M. Hymel, an expert on General George S. Patton and the author of Patton’s Photographs: War as He Saw It.

Why Go: The Allied effort in Italy that we cover was of terrific significance in WWII. As historians have noted, the campaign became a proving ground for Allied capabilities on sea, land, and in the air.

When to Go: Explore Italy from the boot to Rome on the Italian Campaign Tour this October. 10 days for $3,790 per person

Lagniappe: In our quest to provide the most authentic experience, we go to WWII sites that even the Italians don’t know about. Plus, the food, art and scenery are unrivaled.

Why Go: Our Iwo Jima Tour is a transformative experience! It is the most comprehensive War in the Pacific Tour any tour company offers.

Lagniappe: Few people have the opportunity to climb to the top of Mt. Suribachi and attend the Japanese and American ceremonies that honor the men who fought and died there.

Why Go: Experience jaw-dropping vistas in every bend of the trail and relive the dramatic story of Lewis and Clark as you follow in the footsteps of these explorers through the Rockies to the Pacific.

When to Go: Follow the path of the explorers from Great Falls, Montana to the Pacific Coast on our Lewis and Clark Tour: Undaunted Courage. 12 days for $3,790 per person

Lagniappe: The Ambrose family spent vacations traveling the Lewis and Clark Trail, which Dr. Ambrose undertook to better understand their journey for his best-selling book, Undaunted Courage: Meriwether Lewis, Thomas Jefferson, and the Opening of the American West. You will not experience a more authentic Lewis and Clark tour than ours.

Why Go: The first shots of WWII rang out in Gdansk, Poland on September 1, 1939. Five years later the Warsaw Uprising commenced on August 1, 1944 and lasted for 63 days as the Polish resistance Home Army fought valiantly to liberate Warsaw from Nazi Germany.

When to Go: Travel to Gdansk, the site of the Solidarity movement, and then wind your way on to Ketrzyn, Warsaw, Krakow, Oswiecim, Zagan, and Berlin, where some of the fiercest battles of the war were fought on our WWII Tour: Poland and Germany this August. 13 days for $4,490.

Lagniappe: You will visit Oskar Schindler’s Enamel Factory and Stalag Luft III, whose stories were told in the movies Schindler’s List and The Great Escape respectively. As an added bonus, you will be charmed by the historic cities and towns, the warmth of the people, and the many outstanding restaurants.

Why Go: Our new WWI Tour marks the 100th anniversary of the War to End All Wars.

How to Go: See the most significant sites along the old Western Front on our WWI Tour: War to End All Wars this September. 14 days for $4,990 per person

Lagniappe: You will travel with historian Chris Anderson, a WWI expert. After college, he moved to the UK for a year to interview British veterans of the Great War. Later as assistant curator at the Historical Society of the Militia and National Guard, he was able to interview many surviving American Doughboys.