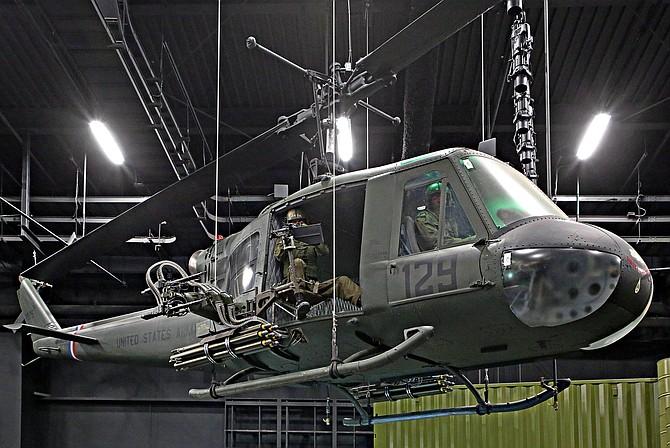 We are excited to announce that the new National Museum of the United States Army has opened after four decades of planning. Erik Flint, our historian for the Operation Overlord Tour, shares the inside scoop on the new museum, which is near and dear to his heart. Erik is the Director of the Lewis Army Museum at Joint Base Lewis-McChord, Washington. A veteran of 30 years in uniform, Erik deployed twice to Iraq as a Combat Historian for the U.S. Special Operations Command History & Research Office and is currently a Lieutenant Colonel in the U.S. Army Reserve where he is a lead Command and General Staff Officer Course instructor.

National Museum of the United States Army is Open!

On the 11th of November 2020, the National Museum of the United States Army (NMUSA) opened to the public. The opening ceremony was broadcast over multiple social media platforms as the in-person ceremony was limited due to COVID-19 restrictions. In attendance was the full senior leadership of the United States Army, including acting Secretary of Defense Christopher Miller, Secretary of the Army Ryan McCarthy, Army Chief of Staff General Mark Milley, and Command Sergeant Major of the Army Michael Grinston. NMUSA Executive Director Tammy Call’s cutting of the ceremonial ribbon culminated nearly 40 years of planning, organizing, fund-raising, and overcoming numerous setbacks and challenges. 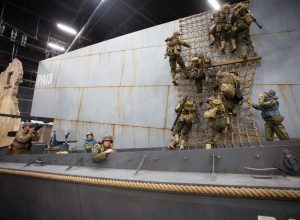 Though the United States Army and its historical arm, the U.S. Army Center of Military History, manages over 50 museums, training support facilities, and other historical activities, the Army itself has not had a central, national museum that told the entirety of the Army story.

First established in 1983, the Army Historical Foundation (AHF) was formed with the goal of creating just such a facility. For almost four decades the Foundation worked to make the dream of a national Army museum a reality. To guide this effort, the Army developed a series of goals to articulate the mission of the its national museum: 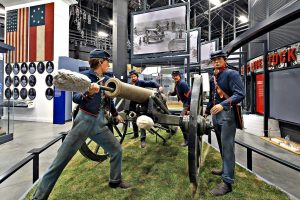 The process of translating the concept of a national Army museum into concrete reality, however, often proved to be exceptionally challenging. For example, in June 2011 the Army announced that its flagship museum was on track to open in the spring of 2015. Because of financial and design concerns and despite the extraordinary efforts of the AHF staff and other professionals at the Army Center of Military History, ground would not be broken for NMUSA until the fall of 2016. In early 2020, as construction neared completion, opening was set for June 2020 to fall on the Army’s 245th birthday. However, due to the COVID-19 pandemic, the opening was postponed until November once a blended in-person/virtual opening plan was formulated and approved.

The New National Museum of the United States Army

Located on the grounds of Fairfax County Virginia’s Fort Belvoir, the National Museum of the United States Army sits on 84 acres of land that includes 184,00 square feet of exhibit and education space as well as an outdoor ceremonial parade field.

The themes of the museum’s seven permanent galleries reflect the manner in which the US Army Center of Military History organizes its approach to capturing, preserving, and presenting Army history. Each of the 7 galleries—Founding the Nation, Preserving the Nation, Nation Overseas, Global War, Cold War, Changing World, and Army & Society—tell the story of the US Army, and the nation it serves, as it has evolved through time. Additionally, there is the Medal of Honor Experience, the Nisei Soldier Experience, as well as dedicated space for special exhibit.

Finally, though the museum tells the story of an organization through time, it does so through focus on the story of the men and women who make up that organization: the Individual Soldier. As guests enter the museum’s atrium they pass through a series of vertical tablets, each featuring the story of a single US Soldier. Some famous, others not. Men, women, of all ethnicities, social and economic backgrounds. Americans. The people who comprise the Army’s rich and diverse history.

Learn more about the National Museum of the United States Army>>