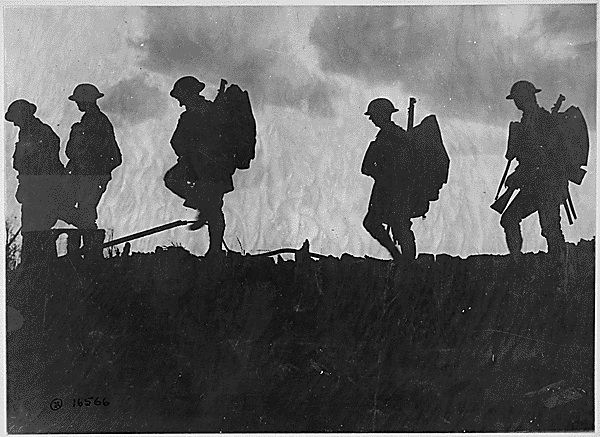 Stephen Ambrose Historical Tours has added a new WWI Tour to its portfolio of best-in-class historical and military tours. The “War to End All Wars” tour marks the 100th anniversary of the First World War, which began on July 28, 1914 and lasted until November 11, 1918. The WWI Tour will explore the most significant sites along the old Western Front in Belgium and France, while senior historian Chris Anderson discusses the Great War’s terrible consequences at the very places where history was made. The tour will run from September 29-October 12, 2016.

“By the time the guns fell silent, 10-million soldiers were dead, centuries old monarchies were overthrown, the map of the Middle-East was redrawn, the United States had become a world power and an embittered Corporal Adolf Hitler returned to Bavaria determined to avenge the humiliating terms of the Armistice and return Germany to Greatness,” says Anderson.

“Simply put, World War I changed the world forever and we still feel its effect to this day. To most Americans, however, what President Woodrow Wilson called the, ‘war to end war’ remains little more than a historical footnote to the more well-known story of the United States’ great victory during World War II.”

Historian Chris Anderson will lead the WWI Tour. Anderson, who is a senior historian at Stephen Ambrose Historical Tours, is noted for his expertise in the Northwest Europe Campaign of 1944-1945, Band of Brothers, and the 101st Airborne, as well as the American Revolution. After completing college, Anderson studied WWI while living in the U.K. for a year. He interviewed British veterans of the Great War and then, as assistant curator at the Historical Society of the Militia and National Guard, also interviewed many surviving American Doughboys.

As the former associate editor of MHQ: The Quarterly Journal of Military History and WWII Magazine he edited and wrote articles about the U.S. involvement in both World Wars. Anderson was also one of the original creators of Stephen Ambrose Historical Tours’ Band of Brothers® Tour and a personal confidant of Major Dick Winters, the Commanding Officer of Easy Company, as well as many other veterans of WWII. He has been leading tours to the battlefields of WWI and WWII for more than 20 years.