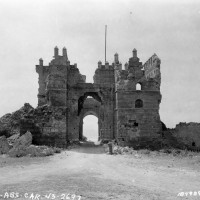 The Casbah during WWII 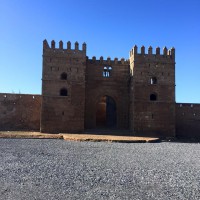 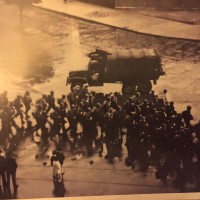 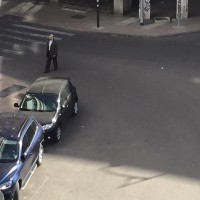 Street where Patton once stood today 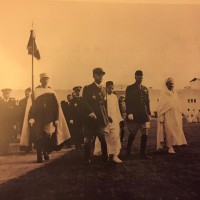 General Patton and Sultan of Morocco on the palace grounds 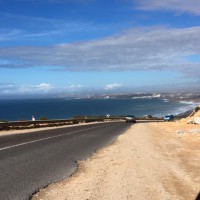 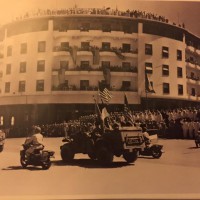 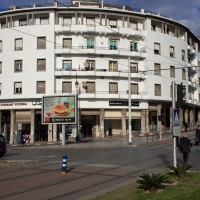 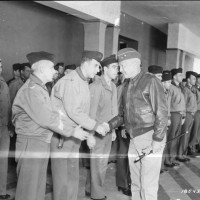 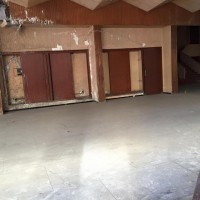 Abandoned room where Patton said good-bye to his staff 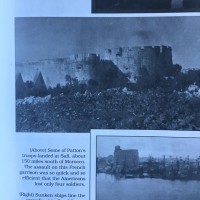 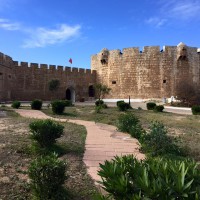 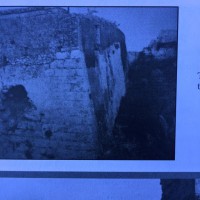 Outer walls of the Casbah during WWII 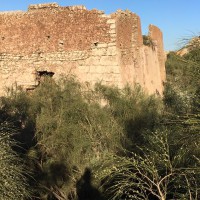 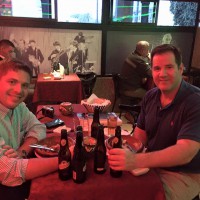 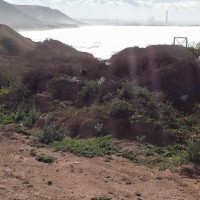 Terrain around port city of Safi 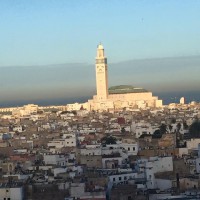 U.S. Army Captain Alexander Schade and I walked along Morocco’s Fadala Beach looking for a specific spot. Using old photographs, we finally found it. I faced the water while Alex stood back and snapped my picture. I was standing on the spot where General George S. Patton, Jr. waded ashore for his start to World War II: Operation Torch. It was a powerful moment.

I traveled to Morocco in early January to explore the landing beaches and various World War II sites. I had contacted the U.S. Embassy in Rabat a few days before and connected with Alex, a Foreign Area officer. Boy, was I lucky to have found him! Alex had done research and prepared maps of the landing beaches.

When I arrived at the U.S. Embassy after landing in Casablanca, Alex greeted me and we headed to Port Lyautey, where Major General Lucian Truscott led troops to two landing beaches flanking the mouth of the Sebu River.

We drove to a cliff overlooking the south side of the river to find the Casbah, a seventeenth-century castle defended by the Vichy French. We found the front gate, which had been rebuilt after U.S. Navy bombers knocked it down. A local guide led us through the sprawling compound and showed us a windowless room where the French kept American prisoners until their surrender. We later found a wall Patton had photographed. Next, we drove to the southern landing beach, and walked the steep shoreline while imagining how those heavily-laden American soldiers climbed the hills beyond the dunes. As we left, I told Alex that he now knew more about Operation Torch than many of the historians who had written about it. He appreciated that as much as I appreciated his companionship.

From there it was a race against the setting sun to reach the northern beach, which we missed, but did reach the high ground overlooking a Moroccan airbase in the bend of the Sebu River, one of the assault’s objectives. For the ride back, Alex suggested I take a nap while he drove to the embassy since I would have to drive down to Casablanca myself. Now that’s a good guide.

Alex met me the next morning at my Casablanca hotel and we drove to the Imperial Hotel, Patton’s headquarters after three days of fighting. Using a binder full of World War II photos, Alex and I found a second-story window where Patton photographed American infantry marching into the city. Around the back, we found a gutted room where Patton bid farewell his staff when he took command in Tunisia. That was a rush!

Next, we traveled to Fadala Beach, where Patton’s war started. We found the Hotel Miramar, where Patton accepted the French surrender and occupied until Casablanca fell. Unfortunately, the building was fenced off and look condemned. I wanted to jump the fence, but since Alex was an Army officer and a representative of the United States, he asked that I not risk getting arrested. I agreed. We instead peeked over and through the fence. From one vantage point, I had a tantalizing view of the restaurant where Patton accepted the surrender. Unfortunately it was inaccessible.

The next day I was on my own. Alex had to work so I drove south to Safi, where 2nd Armored Division tanks captured a port and charged inland. The long drive did not pay off. Safi is an industrial town with little resemblance to its rustic 1940s look. The port was off limits to curious civilians but I did find an old fort that Patton had photographed and did so myself. With that, I made it back to my Casablanca hotel and flew out the next morning.

I hope to someday lead a tour of Patton’s campaigns in Morocco and Sicily. I would replace Safi with a trip to Marrakesh. Morocco is filled with history and culture. It is safe and very westernized. The food is exotic, but if your tastes are decidedly American, you can find a club sandwich. Sound interesting? Let SAHT know!