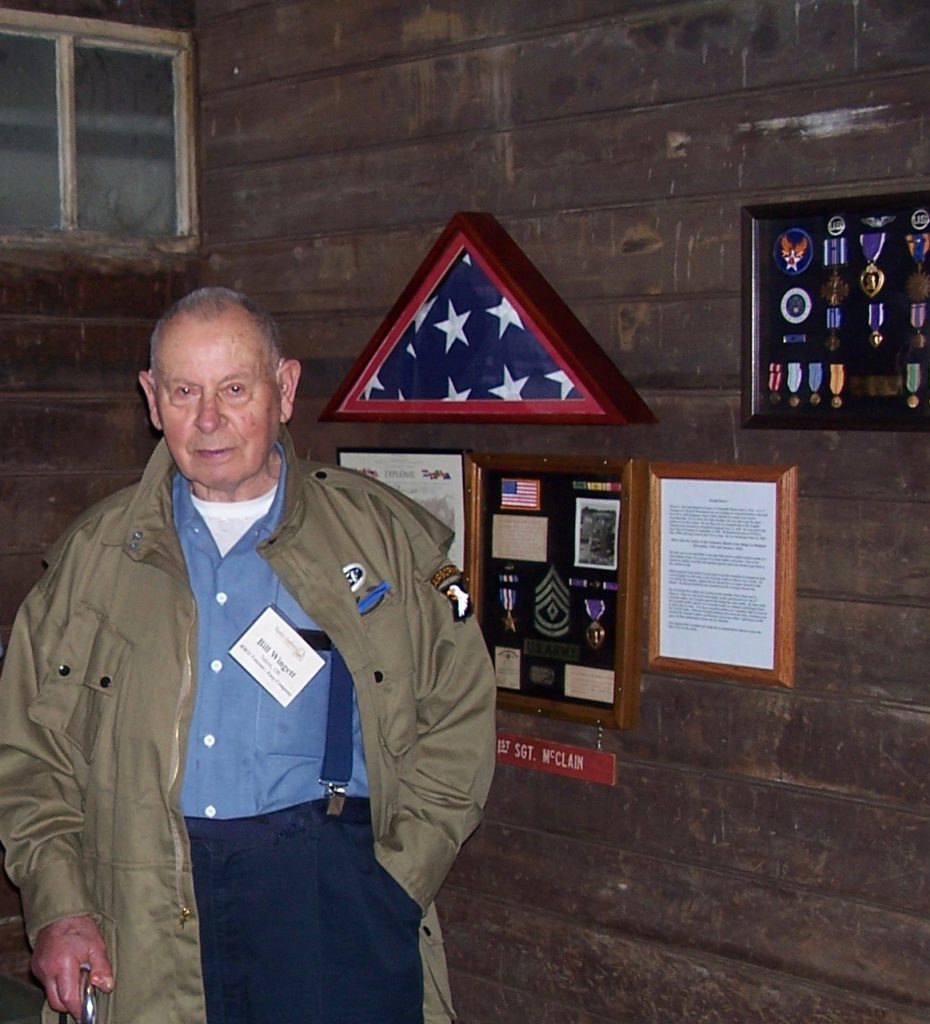 We were saddened to learn the news of the passing of our friend, Easy Company veteran Bill Wingett, who we were honored to have travel with us on our Band of Brothers® Tour. In his honor, Senior Historian Chris Anderson shares a beautiful and personal remembrance of Bill below.

Everyone at Stephen Ambrose Historical Tours was deeply saddened to learn of the passing of Easy Company veteran and our dear friend Bill Wingett on October 1. An original Toccoa man, Wingett was with the company until just prior to the D-Day landings when he was transferred to battalion headquarters where he served as a machine gunner. Despite spending most of the war with Headquarters Company, Wingett always considered Easy Company his home. The men of the company considered him as one of their own as well and Wingett attended many of the Easy Company reunions.

I first had a chance to get to know Wingett well during the Paris premier of the HBO mini-series Band of Brothers. We talked quite a bit during the various premier festivities and later, at reunions. During all of our conversations Wingett could always be counted upon to be direct and to the point. He was also not shy about saying when he thought some of the stories about Easy Company had gotten a little out of hand. For example, he would always stick up for Capt. Herbert Sobel, acknowledging that the company’s first commander was not perfect, but not generally seeing him as the awful officer that many others did. 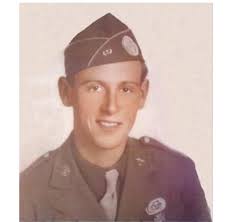 Interestingly, even though he was a Toccoa man himself, he also had high praise for many of the men who came to the company after the regiment left Toccoa. He said to me on a number of occasions that the spirit and quality of Easy Company came from the men and the leadership and not, necessarily, simply from having run Currahee Mountain.

The most important thing that would come out of any conversation you would have with Bill no matter what you were talking about was his deep love for Easy Company. He would often say that he always resented being transferred out of the company and sent to battalion headquarters just days before the company’s first combat jump in Normandy and he felt terrible that he had not been with “his” company when his partner on the machine gun, Everett Gray, was killed in action. He told me that, in a way, he felt that if he had been with Gray things would have turned out differently for his partner. He tried repeatedly during the war to get transferred back to the company and would, as often as he could, visit with his old comrades as he participated in every campaign the 506th fought in from Normandy until Austria.

In 2005 a handful of lucky guests were blessed to travel with Bill when he joined me on his first Band of Brothers® Tour with Stephen Ambrose Historical Tours. Wingett was with two of my other dear friends Jack Agnew, from the Filthy-13 and Paul Miller, a medic. All three had served together in headquarters. There are so many wonderful memories from that trip but as I was thinking back on Bill’s life and what I remember, two in particular stand out.

The first was of Bill riding on the back of our Dutch friend Peter ven der Wal’s Harley Davidson at the head of the veterans in the victory parade. It says a great deal about Bill that when he was told he would be given pride of place riding in the lead of the veterans contingent that he insisted our guests on the trip march along behind him. As he told me at the time, “these people came all the way here to listen to me and learn about my friends and comrades. I want them along with me in remembering the men.”

My second favorite memory of that trip was when, after almost two-weeks on the road, we pulled into Haguenau. Wingett had not been back to this French town since the war and was really anxious to get back. On reaching the site of the company’s last combat patrol Bill jumped off the bus and took off with our bus driver Steph Leenhouwers following along behind. After I’d finished my introductory remarks to the group, we all headed out quickly to try and catch up.

Just down the street from the front of OP2, where Easy Company had set out on their patrol from, we found Bill and Steph knocking at the front door of a house. The rest of us were across the street, watching as the front door opened. We could see Steph saying something in French to the woman who answered and almost immediately watching the door get slammed in their face. The look on Bill’s face was priceless. He just shrugged his shoulders, crossed the street and rejoined the group.

He looked at us with a big smile on his face and said, “guess I forgot to wipe my boots when I was here in ’45. Oh well.” After everyone had stopped laughing, he told us all about how he had set up a machine gun on the balcony over the front door on the evening that Easy Company had launched their patrol. “It always felt really good,” he told us, “when I was operating my machine gun in support of Easy Company. It made me feel like I was back with the guys.”

We then spent a wonderful hour or so walking around Haguenau while Wingett filled us all in on many of the spots in town associated with the company and regiment. If you have travelled to Haguenau you know that there is VERY little in the way of markers or memorials from the war and it was largely through Wingett’s memories of the place that I was able to sort out many of the places associated with Easy Company and the 506th.

The other thing that struck me, and others, on that trip was Bill’s modesty. He never told stories about himself, only others and he would only answer questions about his own service if a question was put to him directly. I don’t think he even told people on the trip that he had earned a bronze star and purple heart with two oak-leaf clusters during the war or that after the war he had served in the 82nd Airborne Division and then for 17 years in the Naval Reserve.

I was going through some of my papers when I came across the description Bill gave to a reporter when he was asked about his D-Day experiences. “We got in an airplane in England, we jumped out of the damn thing in France, and the fight began. There’s not much more to say about that.” It made me chuckle and, for me, summed up this great man so wonderfully.

Like so many of the people who were blessed to have known him, I was so saddened to hear of Bill’s passing but, as my wife has had to remind me so often, it is the price we have to pay for the privilege of having had an opportunity to get to know such a good man and a great American. Rest in Peace Bill, every time I stop in Hagenau and point at that door I will remember you.