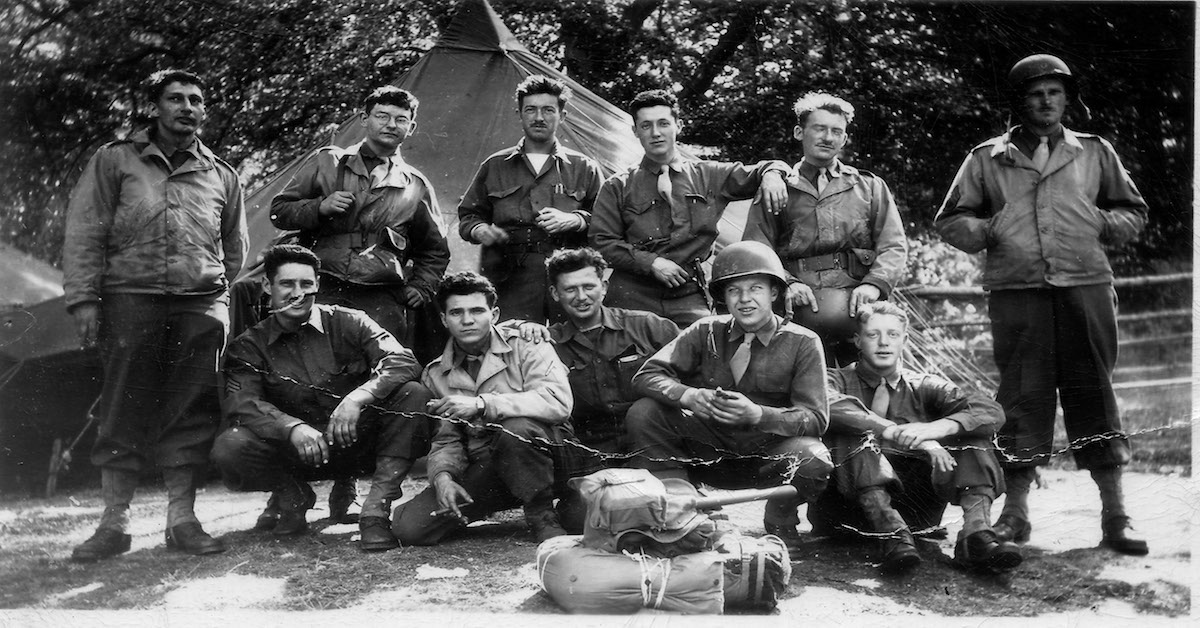 With the 75th Anniversary of D-Day just around the corner, this is the perfect time to ask Senators and Representatives to co-sponsor the Ghost Army Gold Medal bill. Rick Beyer, our historian for the Ghost Army Tour and president of the Ghost Army Legacy Project, has worked tirelessly to convince Congress to award the Congressional Gold Medal to the Ghost Army and we hope you will help honor these men by mobilizing.

The Gold Medal legislation has just been re-introduced in this session of Congress. Eleven Senators have already signed on. But 2/3 of the Senate and House need to co-sponsor the legislation before it can be considered. Let’s make this happen. Fewer than 20 of the soldiers who served in the Ghost Army are left. Honor them while they are still here.

Reach Out to Your Members of Congress

Please reach out to your Member of Congress and your Senators and ask them to co-sponsor the bill. You can find their contact information here. Even if they co-sponsored last time, they must do so again for it to count in the new session!

Visit. Call. Write. Text. Email. If you can make a personal connection to the Congressperson or their staff, all the better. Any communication will help. The Ghost Army Legacy Project web page has sample letters which you can customize and send. If you learn that your Senator or Congressman is traveling to Normandy for D-Day, make sure they know there is a way to really honor deserving WWII soldiers.

Encouraging others to lend their support will also help. Post on Facebook. Ask your family and friends to reach out. Write a letter to your local paper. We need to mobilize every ounce of support we can muster.

The American Legion, the National World War II Museum, the Arizona Legislature, and the Missouri House of Representatives are among the entities that support the Gold Medal effort.

But only a full-court grassroots push can make it happen.

Seventy-five years after they went into action in Normandy, let’s convince Congress to take action to honor these men and their accomplishments.

This is a special edition of our popular D-Day to the Rhine Tour. As you follow the path of the American boys who liberated Europe, you will also discover the top-secret story of the deception troops known as “the Ghost Army” who made their own important contribution to ultimate victory.