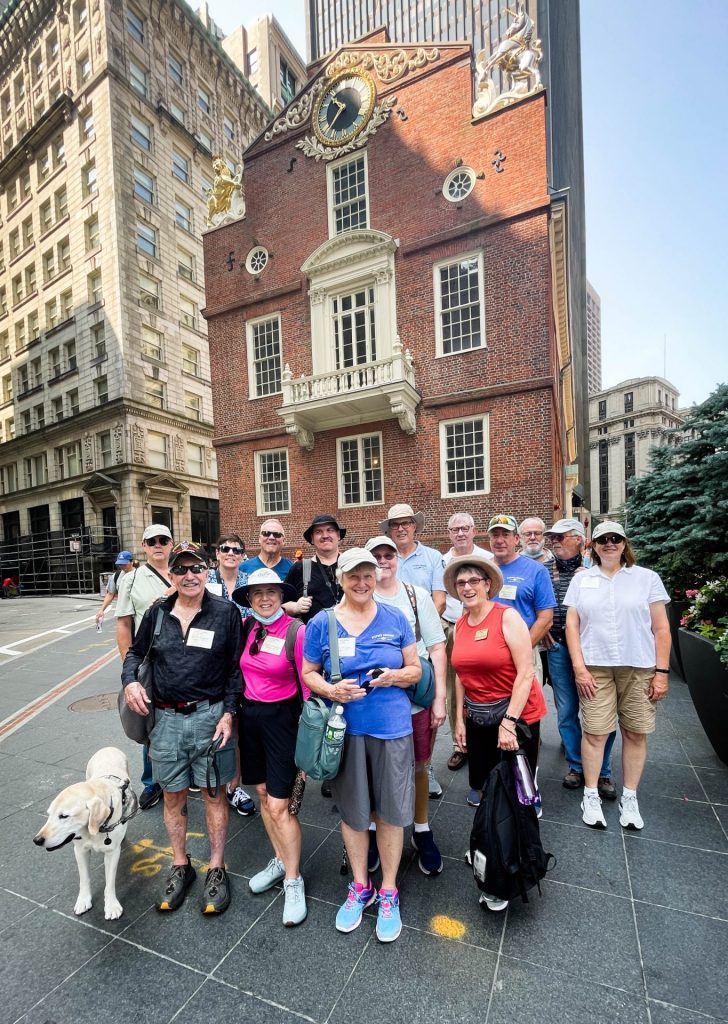 My ten days on the road leading our inaugural Revolutionary War Tour for Stephen Ambrose Historical Tours were terrific. My wife Marilyn and I so enjoyed getting to know all of our guests. We had a great group of folks! Everyone was interested and enthusiastic as we visited battlefields, historic houses, forts, and museums, learning about the Patriots, Redcoats, Loyalists and Native Americans who fought in the battles that raged across the Northern Theater.

When we were at Fort Ticonderoga, curator Mathew Keagan brought out some items from the archives that are not normally on display. The most memorable was the backpack of Revolutionary War soldier Benjamin Warner, Jr. It is a modest artifact, but one with great meaning.

Warner didn’t fight at Fort Ticonderoga, but he lived there late in life. Before he died, he gave the backpack to his son. The words he wrote when he handed it down are amazing – and a great example of curating your own collection. Please note that the creative spellings are his.

“This Napsack I caryd Through the War of the Revolution to achieve the American Independence I Transmit it to my olest sone Benjamin Warner Jr. with directions to keep it and transmit it to his oldest sone and so on to the latest posterity and whilst one shred of it shall remain never surrender you libertys to a foren envador or an aspiring demegog.” – Benjamin Warner Ticonderoga March 27, 1837″

Travel with Rick on the Revolutionary War Tour >

In the meantime, here are few photos from some of our memorable stops on this year’s Revolutionary War Tour.