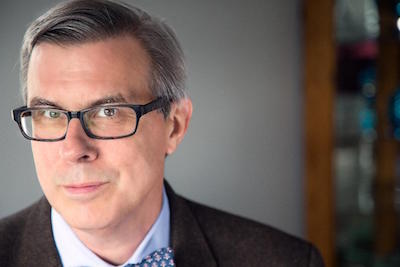 As anyone who has traveled with Stephen Ambrose Historical Tours knows, our historians are, simply put, the best. They are leaders in their field, world-renowned authors, podcast hosts, documentary filmmakers and sought after experts for articles and TV shows.

But who are they really? To give you an inkling, we thought it would be fun to modify the Proust Questionnaire for our historians. Popularized by Marcel Proust, the French novelist and essayist, this set of questions is said to reveal a person’s true nature.

What is your idea of perfect happiness on tour?

When I see guests learning or understanding something by being there that they couldn’t have otherwise.

Also: a hotel with a great bar.

What is your greatest fear on tour?

Miscounting and leaving someone behind!

What do you consider the most overrated virtue of a historical figure?

Charisma. For example, Union General George McLellan was highly charismatic. General Ulysses Grant was not. Who was more successful?

What is the quality you most like in a historical figure?

A sense of humor, especially self-deprecating humor. It shows they weren’t completely consumed by their own self- importance.

Which words or phrases do you most overuse on tour?

When and where were you happiest when on tour?

It’s so tough to pick one time/place. Usually, it has to do with something wonderful happening completely unexpectedly. Meeting a WWII veteran by chance, or stumbling on some ceremony that you didn’t know about. On our 2014 Ghost Army tour, the Mayor of Trevieres and the entire town council came out to greet our group. And then they brought us inside the Maire (town hall) and served everyone champagne. (At about 9 AM.) It was awesome and amazing. (See above)

Which talent of a historical figure would you most like to have?

If you could change one thing about yourself, what would it be?

I’d make myself less of a worrier. But that’s never going to happen!

What do you consider your greatest achievement on tour?

I managed to schedule the dedication of a Ghost Army historical marker in Luxembourg for the same day the Ghost Army tour was going to visit that site. Multiple schedules came together for a magical moment. And we hope to do something similar on the next Ghost Army tour!

If you were to die and come back as a historical figure, who would it be?

Maybe as Shakespeare, just to see how he managed to write all those plays. Or did he?

Could come back as Orville Wright, so I could experience the entire world changing because of what I did.

In which period of history would you most like to live?

I’m very happy in this day and age, with modern medicine and antibiotics. But if I could pay just a visit, I would love to go Boston in 1775 and see what it was like to walk the city and the countryside as the Revolution was unfolding.

What is your most treasured possession?

Aside from family photos and mementos, perhaps the thing I treasure the most is a piece of shrapnel given to me by a man, who as a child, lived in the Normandy town of Trevieres. He found it in the church there a day or two after D-Day. It is from an American naval shell fired at the church during the invasion. It is amazing to be able to have a piece of D-Day that you can hold in your hand, to have such a direct connection to that historic event.

What is your most marked characteristic as an historian?

Whenever possible, I like to let to historical subjects tell the story in their own words. Could be an interview that I conducted with someone, or a diary entry from 250 years ago. I always strive to search out first-person accounts that bring stories to life.

I also love discovering a small moment that has a big impact. For example, the story of how a soldier changed the course of the Civil War simply by discovering three cigars. Whenever I discover some historical “aha’ like that it makes my day!

What do you most value in your guests?

I value it when guests show their respect for other guests by being on time and following instructions. It makes the trip better for everyone.

Who are your favorite writers?

How many pages should this entry be? For history, the following names are the first that come to mind: Hampton Sides, Lynne Olson, Adam Hochschild, Max Hastings, Shelby Foote, David Hackett Fischer, William Manchester, William Shirer. But there are many more.

Who is your hero of historical fiction?

No question – Pug Henry, from Herman Wouk’s “The Winds of War.” I love that book and its sequel, “War and Remembrance.” I have worn through several copies of each, and my current copies are getting ragged, which means I should probably buy new ones soon.

Which historical figure do you most identify with?

My hero has always been Edward R. Murrow. First as a war correspondent in London, then as a documentary producer exposing the evils of McCarthyism. He was a principled journalist, a creative communicator and a thoughtful person. His life was an early inspiration in my career, and has continued to inspire me.

Who are your heroes in real life?

See above. Also, my wife Marilyn, for always having a cheerful demeanor even when she doesn’t feel it inside. This is something I find very challenging, but I keep working on it!

What is your motto?

Be early, sit up front, raise your hand.