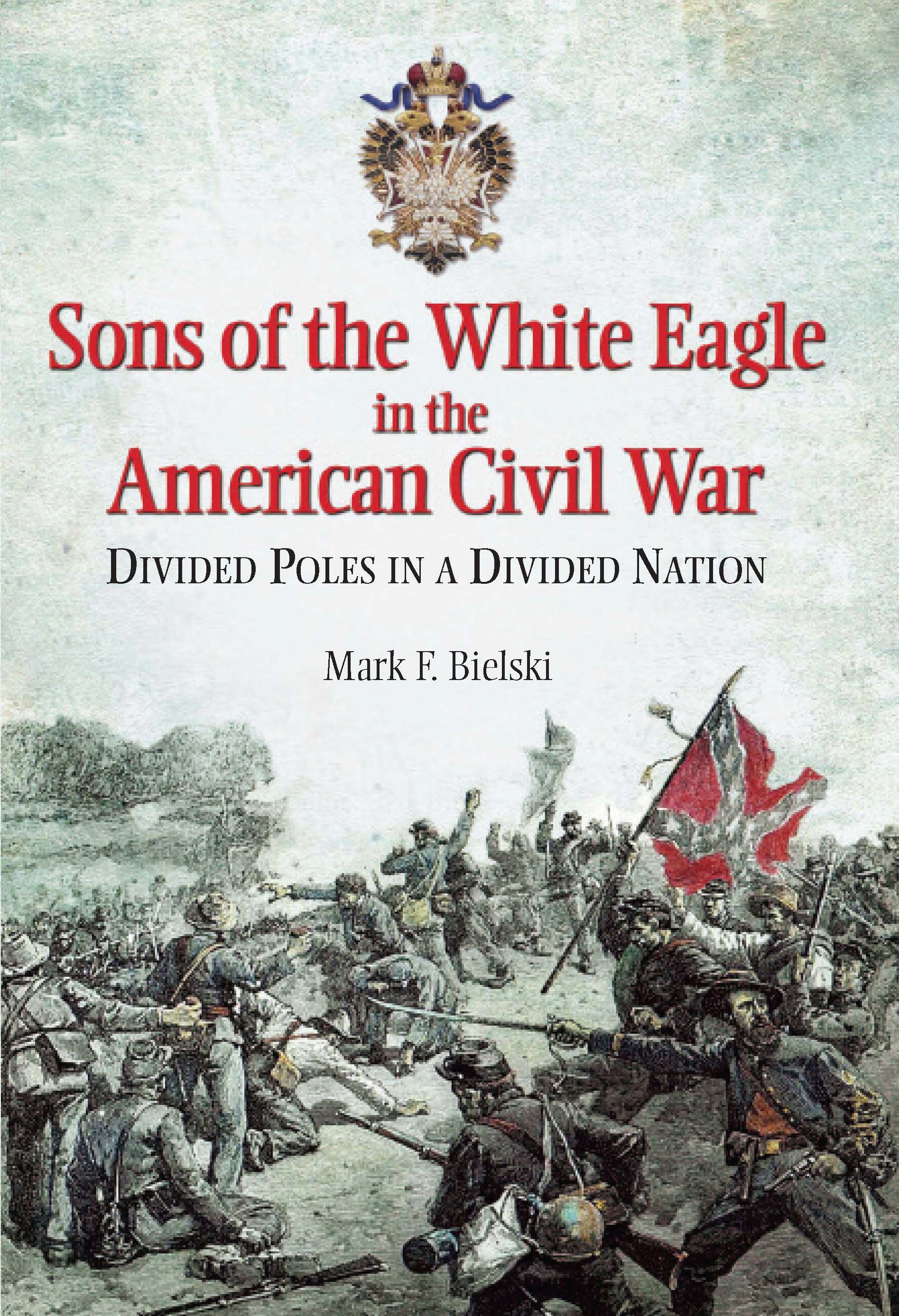 “The historiography of this unfortunate period of American history has certainly been enhanced by Mark Bielski. The research is impressive…”

I am delighted to announce that Sons of the White Eagle in the American Civil War: Divided Poles in a Divided Nation has been released.

My book tells the fascinating story of nine transplanted Poles who participated in the Civil War. They span three generations and are connected by culture, nationality and adherence to their principles and ideals. The common thread that runs through their lives—the Polish White Eagle—is that they came from a country that had basically disintegrated at the end of the previous century, yet they carried the concepts of freedom they inherited from their forefathers to the New World to which they immigrated.

In a war commonly categorized as a “brother against brother,” a struggle between two American regions, history has not devoted a great deal of attention to the participation of Poles, and foreigners in general. These men fought with a belief in European democratic liberalism. Whether for the North to keep a Union together or to form a new nation from the Southern states, they held to their ideals, and in America’s own greatest conflict continued to fight for their beliefs.

Sons of the White Eagle Backstory

Now that Sons of the White Eagle in the American Civil War has been released, people have started to ask me why I decided to write a book about Poles fighting in the Civil War, admittedly a more obscure Civil War topic.

Several years ago while co-leading a WWII tour in Poland I was discussing military history in that part of Europe with my British colleague, Philip Blood. We were considering Polish military successes and setbacks during several periods and at some point I mentioned to him that my real center of historical interest was the American Civil War. As we digressed, I mentioned that I had often wondered about the extent of Polish involvement in that conflict. The later discovery of some written accounts on Poles in America provided impetus.

While on a holiday visit to my parents’ home where I grew up, I chanced upon a book entitled, Poles in United States published in Warsaw in 1976. In its chapters devoted to the Civil War period were references to the Louisiana Polish Brigade organized for the Confederate Army as well as the Union’s Polish Legion and many of the characters who took part in the war. As I related this to Dr. Blood, he promptly gestured to me and said, “There’s your book on Poles in the Civil War!”

Buy Sons of the White Eagle

Buy Sons of the White Eagle in the American Civil War online at Amazon and Barnes & Noble! You can also buy your book directly from Mark Bielski, who will gladly personalize your copy.