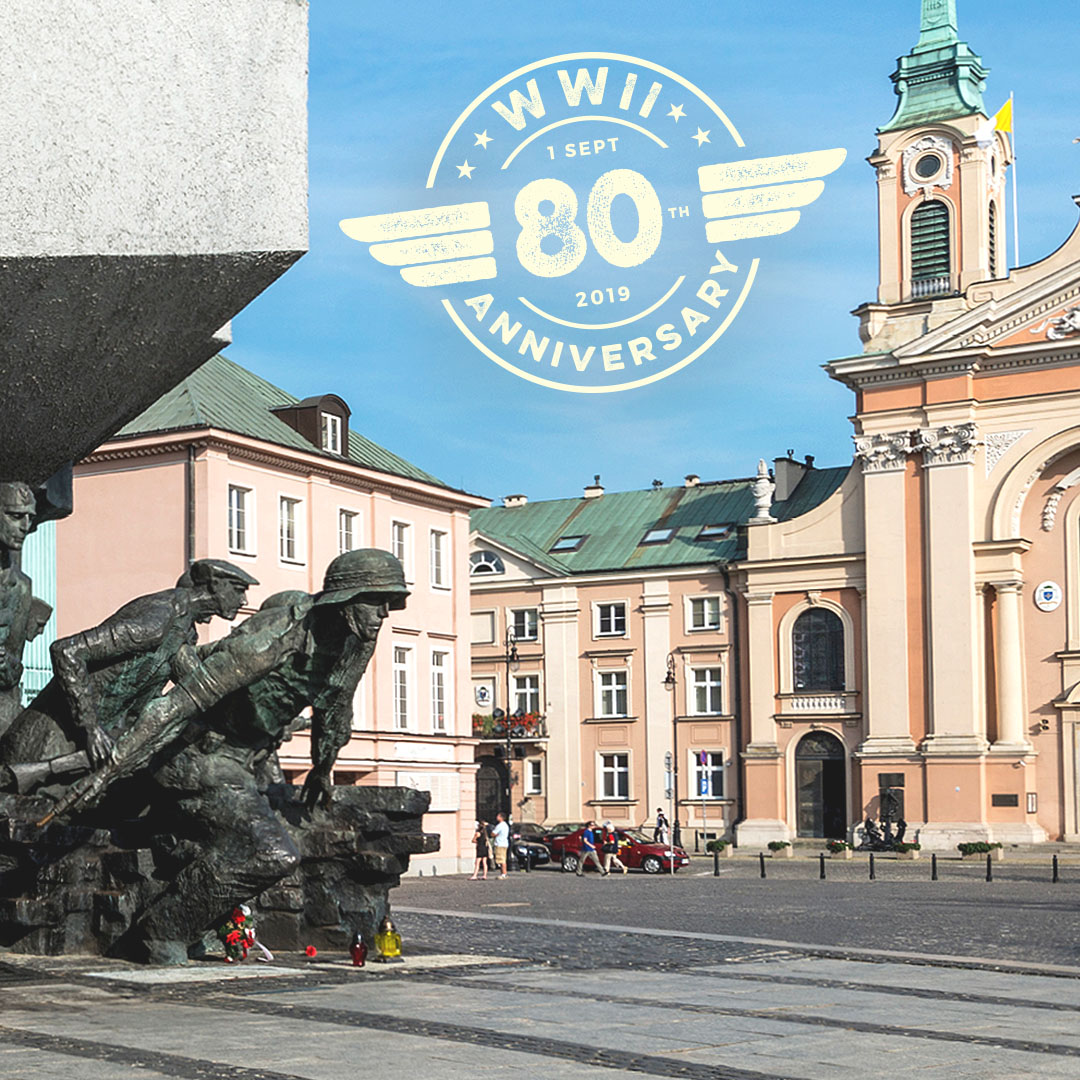 The first shots of WWII rang out in Gdansk, Poland on September 1st of 1939, the beginning of the greatest war of devastation, death and destruction ever on this planet. Hitler and Nazi Germany had already annexed Austria and marched into Czechoslovakia unopposed. Now they had set their sights on Poland to begin the German dream of Lebensraum, the expansion to the east. This would allow for the population to grow and reap the benefits of the rich agricultural lands of Poland and later the Ukraine and Belorussia.

The Polish garrison of 182 soldiers fought desperately against the onslaught of three German armies, withstanding German naval, artillery and infantry assaults for seven days in what was the first military action of WWII. Their allies, France and Britain, formally declared war on Germany on 3 September, but made no decisive moves. The Royal Air Force dropping leaflets condemning the Nazi action and the French making a minor demonstration across the Maginot Line into the Saarland did nothing but puzzle the Nazi hierarchy in Berlin. As the German high command remarked, “the French could have turned it around and made a difference, we were defenseless in the west.”

Our historian Mark Bielski, who designed the WWII Poland and Germany Tour, was recently interviewed by Bradley Jay, host of Jay Talking on WBZ Boston and also a huge history buff, about the start of WWII. Listen to their fascinating discussion about the developments in Europe and the Soviet Union that allowed Hitler to rise to power and amass an army that would invade Poland.