The Battle of Raymond: May 12, 1863 | Stephen Ambrose Historical Tours 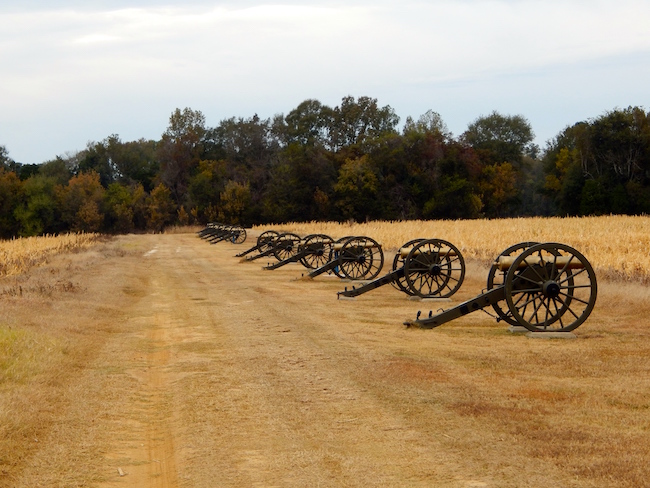 The significance of the Battle of Raymond greatly outweighs its fame. As part of the Vicksburg Campaign in 1863, the Union victory near this small town, west of Jackson, Mississippi, prompted General Ulysses S. Grant to modify his plans for the capture of Vicksburg and gain control of the Mississippi River. 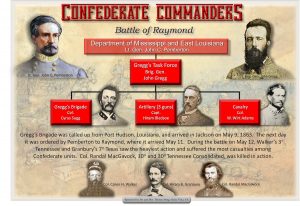 On May 12, Confederate Brigadier General John Gregg had positioned his force of 4,000, mostly men of Tennessee and Texas regiments plus Captain Hiram Bledsoe’s Missouri Battery just outside of the town. He was under orders from his commander, General John C. Pemberton to protect the supplies and depot at Raymond. Initially, he was unaware that a division of the Union Seventeenth Corps under Major General James B. McPherson was marching up the dusty Utica Road in his direction. McPherson was in command of Grant’s right wing. His men were to secure the crossings of Fourteenmile Creek just below Raymond. This would give them a vital water source for men and animals as well as a staging area from which to seize the railroad leading to Vicksburg and cut another Confederate supply line.

In the early morning, some local residents alerted Gregg to the approach of the Union troops and he readied his men. However, he had to rely on the estimated strength of his adversary and the troop counts he was receiving varied wildly. Gregg surmised that he was facing a force of about equal size and ordered an attack on McPherson’s vanguard. He also was hopeful that he would receive reinforcements in the form of General Wirt Adams’ cavalry. 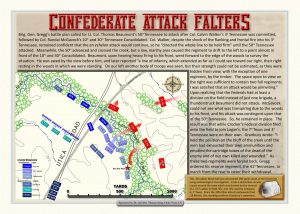 However, this was not to be. Pendleton, never known for his clarity, wrote an ambiguous order to Adams that placed him miles away from the impending action. Gregg soon learned that he was outnumbered 3-1. Nonetheless, he ordered an assault that threw the advancing Yankees back on their heels, but reinforcements coming up the Utica Road quickly shored up the Union lines.

The fighting throughout the day was especially fierce, especially between General John Stevenson’s mixed brigade of boys from Ohio, Missouri and Illinois and Hiram Granary’s 7th Texas and Col. Calvin Walker’s 3rd Tennessee. The Texans also tangled with the 23rd Indiana infantry in savage hand to hand combat. Granbury said that “So near were the enemy and so impetuous the charge that my regiment could have bloodied a hundred bayonets had the men been supplied with that weapon.” They had to resort to clubbed muskets. 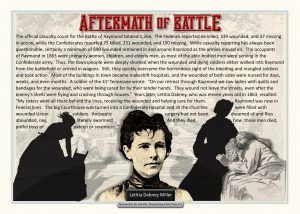 The sheer weight of the Union numbers eventually pushed the Confederates back, turning the tide of the battle and forcing a retreat.

“My command pressed the enemy back under a most galling fire,” Union General John Logan said. “The enemy soon were in total rout.”

Another disappointment occurred for the Southern soldiers that was much to the delight of their counterparts in blue. The ladies of Raymond had prepared a sumptuous luncheon of fried chicken along with all the delicious accompaniments for what they had hoped would be their victorious Confederates. Unfortunately for them, the retreat did not permit a lunch break, but the languidly pursuing Federal troops were able to partake of the feast and afterwards proclaimed Raymond, “a splendid little town.”

The Battle of Raymond gave Grant the initiative he needed to drive a wedge between the fortress at Vicksburg and Confederate re-enforcements, and forced the Confederates to confront Grant again at Champion Hill four days later.

Friends of Raymond is an all-volunteer organization founded in 1998 to preserve historic sites around the beautiful town of Raymond, Mississippi. 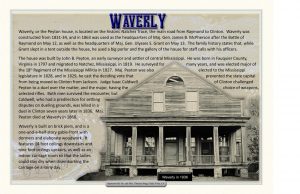 They have purchased, preserved, and provided historical interpretation for the original site of the Battle of Raymond, an important part of General Ulysses S. Grant’s 1862 Vicksburg campaign during the Civil War. All work depends completely on memberships, donations, and sponsors.

New Friends of Raymond are Dr. and Mrs. Thomas Song of Chula Vista, California, who traveled with us on our Civil War: Mississippi River Campaign Tour. They enjoyed the tour so much that they recently sponsored five new markers – 1CS, 14, 16, 17 and 18 – for the battlefield (images of the markers are spread throughout this article). We are very grateful to Dr. and Mrs. Song for helping to preserve Civil War history.

We invite you to join Friends of Raymond as we seek to preserve this important piece of Mississippi history for the education of visitors from around the world.

For more information about the Friends of Raymond >> 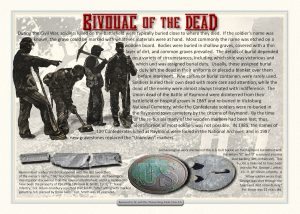 Want to learn more about Raymond, Champion Hill and the rest of the Vicksburg Campaign? Please join historians Mark Bielski and Parker Hills October 19 – 27, 2019 (few spots left) or October 17 – 25, 2020 as we travel from Memphis to Shiloh, Vicksburg, Port Hudson and New Orleans. Along the way you will learn more about the struggle for the Mississippi River and the key transport routes of the Confederacy.