The Battle of the Bulge: Exploring the North Shoulder | Stephen Ambrose Historical Tours

In this article, our historian Len Fullenkamp delves into the fierce combat that occurred during the Battle of the Bulge in the areas of the North Shoulder. He points out that many visitors who go to the Ardennes to study this battle, do not venture as far north as Elsenborn Ridge and the surrounding region. It was here that the Germans concentrated their assault and how Hitler erred in thinking that American commanders would not be able to respond with necessary rapidity.

Visitors to the Battle of the Bulge sites in the Ardennes region of Belgium and Luxembourg, generally spend their battlefield time and attention on the defense of Bastogne. A few range farther afield and drive to the north passing through the rebuilt town of St. Vith and on to Baugnez, a road intersection south of Malmedy and site of the massacre of US soldiers by SS troops under Lt. Col. Joachim Peiper. Few ever travel farther north onto the slopes of the Elsenborn Ridge and west through villages with unfamiliar names such as Trois-Ponts, La Gleize, Manhay, Marche and the like. But those who do venture north, if properly equipped with more than a passing understanding of the Ardennes Offensive, will find battlefields and sites well worth exploring.

Mention the Battle of the Bulge and what comes to mind for most Americans are the two episodes: the defense of Bastogne and Patton’s drive to relieve the beleaguered defenders. Less well known, but no less important are the events that transpired on the northern shoulder of the Bulge where elements of the US V Corps, XVIII Airborne Corps and the VII Corps fought a series of battles that ultimately determined the outcome of the German Ardennes Offensive for it was here, in the northern sector of the Bulge, that the Germans directed their main attack.

Hitler’s plan called for an attack by three armies with the Sixth Army, commanded by Josef “Sepp” Dietrich in the north leading the main effort in the drive for Antwerp. Hasso von Manteuffel’s Fifth Army made a supporting attack in the center of what became the Bulge, while Erich Brandenberger’s Seventh Army screened these efforts in the south. Success of the plan rested on three pillars: weather, surprise, and speed. The Third Reich’s strained resources and the impending threat of a winter offensive on the Eastern Front allowed the Germans only a small window of opportunity to launch the offensive. Hitler carefully assembled his forces.

However, the Germans were marginally equipped and supplied. Because of this, they selected a late November-early December timeframe for the offensive because of its promise of bad weather: read poor flying conditions for Allied air forces. At this point in the war, in the waning months of 1944, the Luftwaffe was no longer a formidable force and thus incapable of providing adequate support for German ground actions. An attack by German ground forces in the fog and overcast skies of winter offered the promise of some relief from Allied air assault. A surprise offensive coming in mid-winter, in a quiet sector with poor avenues of attack, offered the promise of catching the American forces off guard. Having determined to accept risk by thinly manning the American front between Monschau, Germany, in the north and Echternach, Luxembourg, in the south, they were vulnerable to a quick breakthrough and a rapid exploitation by the spearheads of the German Sixth Army.

If the offensive were to succeed, the road networks running through the Krinkelt Forest in Dietrich’s zone, and St. Vith and Bastogne in Manteuffel’s zone, had to be taken in the first days of the German attack. Doing so would facilitate a rapid transit through the Ardennes. Timing was everything.

Field Marshal Model, overall commander of the Ardennes Offensive, believed that for the offensive to succeed, the German army had to seize key bridges over the Meuse River within the first 96 hours. This meant that the “Rollbahns” or primary roads intended for the attack in the north had to be secured quickly—all the way to the Meuse River.

Once launched, the German attack had to exploit what Hitler believed would be a period of temporary paralysis within the Allied high command. He was sure his enemy’s generals would be slow to respond, having to clear counterattack plans through higher military and political channels. Because Hitler had to approve any such actions for the Wehrmacht, he incorrectly assumed the Allied high command would be under similar constraints. This proved not to be the case. General Dwight D. Eisenhower, Supreme Allied Commander, had long enjoyed the authority and freedom to act on his own initiative, which he did by ordering Armored divisions posted to the north and south of the Bulge into the flanks of the German offensive. On 16 December, the 7th Armored Division in the north received orders to proceed to St. Vith while the 10th Armored Division in the south, went to Bastogne. One day later Eisenhower committed his theater reserve, the 82nd and 101st Airborne Divisions into the fight with the former being sent to the northern shoulder and the latter to Bastogne.

Farther to the north along the Elsenborn Ridge three divisions, the 99th Infantry Division, newly arrived in theater, and the veteran 2nd and 1st Infantry Divisions, were ordered to contain the German penetration while a few miles to the south the 7th Armored Division reinforced elements of the 106th Division and scattered Engineer units in St. Vith. Hard-fought battles by V Corps divisions on the slopes of the Elsenborn Ridge and in the villages of Krinkelt and Rocherath ultimately prevented Dietrich’s Sixth Army from gaining access to the road network it needed to press its attack toward Antwerp.

In days following, Major General Mathew Ridgway’s XVIII Airborne Corps and later Major General Joe Collins’ VII Corps came on line to extend the northern shoulder to the west. On 20 December, General Eisenhower placed the US First and Ninth Armies under the command of Field Marshal Bernard Montgomery with instructions to prevent the German offensive from crossing the Meuse River or expanding the penetration northward in the direction of Liege. Lieutenant General Omar Bradley’s 12th Army Group with Major General George S. Patton’s Third Army was ordered to attack north from Luxembourg to relieve Bastogne.

XVIII Airborne corps units fought a series of battles along a line extending from St. Vith west grudgingly conceding ground until its line extended more than thirty miles from Stavelot to Salmchateau to an obscure crossroads on a high plateau in the Ardennes called Baraque de Fraiture—known to the Americans as “Parker’s Crossroads.” Along this line regiments of the 82nd Airborne Division, along with the 7th Armored Division, and the remnants of a score of units that had been shattered during the first week of the fighting in the Bulge, engaged in a series of battles as intense as any of the fighting anywhere during the Ardennes Campaign.

On 25 December, the tenth day of the German offensive, the arrival and commitment of Joe Collins’ VII Corps provided the necessary additional strength to launch a counterattack. The following day, Patton’s forces linked up with the defenders at Bastogne to end the siege. By 16 January, 30 days from the onset of the German attack, forces from Patton’s Third Army joined elements of Hodges First Army at Houffalize, restoring the American line. They were able to continue the counterattack eastward and drive the German forces back to the Siegfried Line.

The German offensive lasted for more than a month, yet the first four days accounted significantly for the outcome. Major General Norm Cota’s 28th Division was badly mauled in the center of the Bulge but in the process fatefully prevented Manteuffel’s drive to secure the road network at Bastogne. Although the 106th Division saw two of its regiments captured by the Germans on the Schnee Eifel, it’s remaining regiment was able to aid in the defense of St. Vith. This and the arrival of the 7th Armored Division and a combat command from the 9th Armored Division held off German attackers for almost a critical seven days, thereby fatally disrupting the German timetable for their attacks.

Anyone interested in exploring the battlefields in the northern regions of the Ardennes would do well to come equipped with a good set of maps. No better set can be found than those that accompany the U.S. Army’s volume from its Official History of World War II by Hugh M. Cole, The Ardennes: Battle of the Bulge. This volume, along with excellent and detailed battle maps is available at no cost on line as a PDF file. 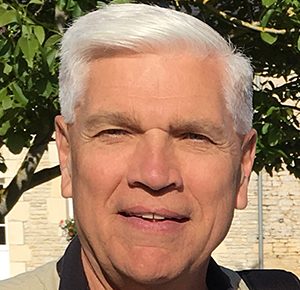 Colonel, U.S. Army (retired) Len Fullenkamp is professor of military history and strategy at the Army War College. He also taught history at West Point. Len served two combat tours in Vietnam. He has taken numerous army officers on study trips to European battlefields, including the Normandy landings, the Battle of the Bulge and Hurtgen Forest. He has also led groups to Waterloo, the Somme, Verdun, and other Napoleonic and World War I battles.