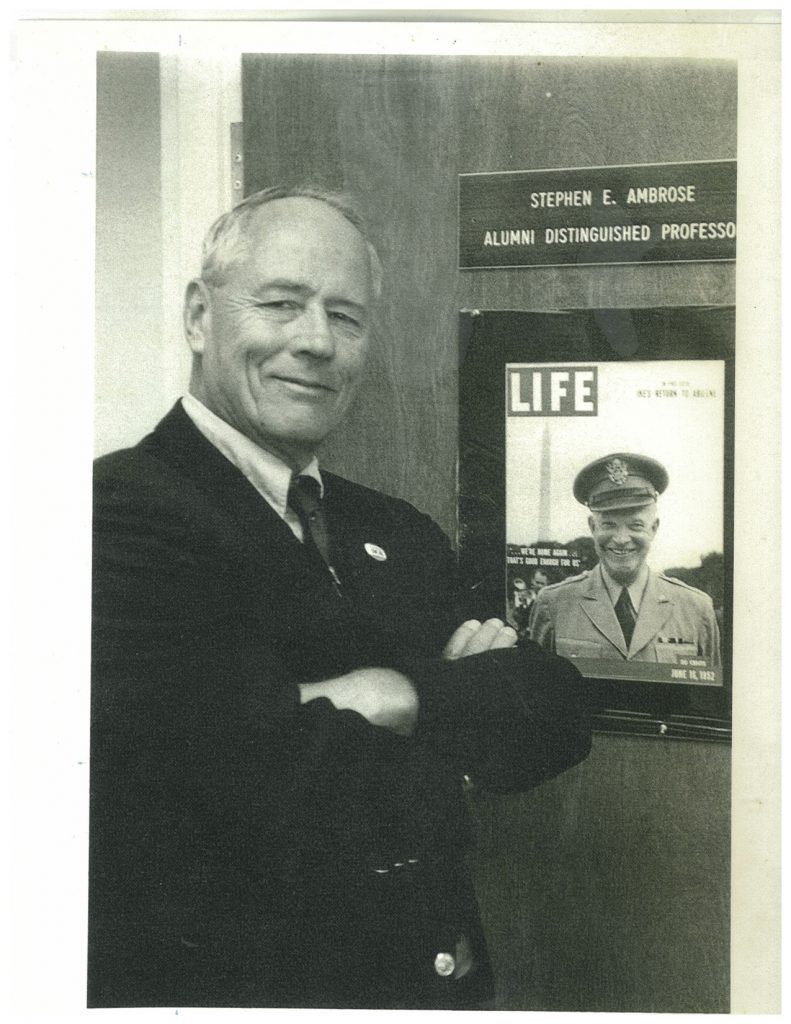 On April 10, 2018 they profiled our founder, historian Stephen Ambrose. We are proud to share this with you today.

First, he chronicled history. Then, he made history.

By Mike Scott
NOLA.com | The Times-Picayune

The legacy: Stephen Ambrose was already a noted historian by 1990, having served as the official biographer of President Dwight Eisenhower, penned a three-volume biography of President Richard Nixon and, among his major success to that point, published “Undaunted Courage,” a best-selling book about the Lewis and Clark expedition. But over glasses of sherry in his New Orleans backyard in 1990, the UNO professor got an idea: Why not take the artifacts he had collected over the years while interviewing World War II veterans for various projects, and build a museum around them? What is now known as the National World War II Museum would open on June 6, 2000, becoming not just a center for scholarship on the war but one of the city’s leading tourist attractions.

The quote: “He was kind of America’s historian. He personified what he loved most about America — this robust, muscular, positive man who was always so optimistic and had such enthusiasm for life.” — Broadcaster Tom Brokaw, on Stephen Ambrose

See the portrait of Stephen Ambrose by artist D. Lammie Hanson of Where Y’Art on nola.com>>