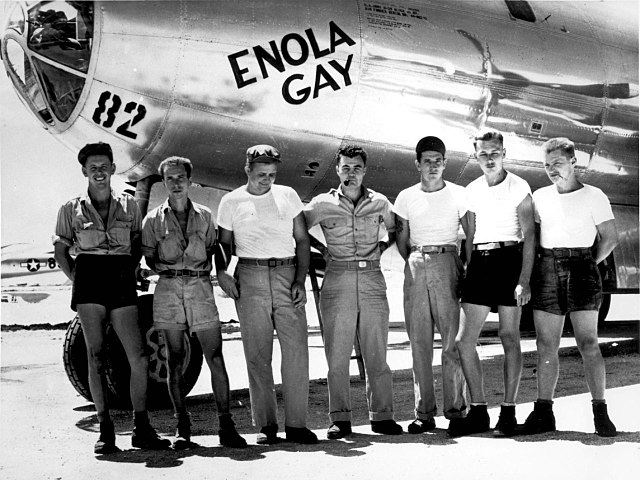 On August 6, 1945, the United States dropped its first atomic bomb from a B-29 bomber plane called the Enola Gay on Japanese city of Hiroshima. The “Little Boy” exploded with about 13 kilotons of force, leveling five square miles of the city and killing 80,000 people instantly. When the Japanese did not immediately surrender, the United States dropped a second atomic bomb three days later on the city of Nagasaki.

Our superb Pacific Historian, Don Farrell’s new book, Tinian and The Bomb, is a detailed story about the important and often overlooked role Tinian played in the Pacific Theatre of WWII—especially regarding the atom bomb and ending the war with Japan. Tinian, a small island in the Marianas, was an integral part of the Manhattan Project and associated operations that dealt with the dropping of atomic bombs on Japan.

Don’s book is the product of thorough research of documents and images held in the National Archives. His work illustrates how the cooperative efforts of the Army Corps of Engineers, the Los Alamos Laboratory in New Mexico, the US Army Air Forces and the US Navy made the production on Tinian possible.

Their efforts enabled the assembly and delivery of as many atomic bombs as necessary to bring WWII to a successful end. Most importantly, it did this to forestall the necessity of an invasion of the Japanese home islands.

The plan was for two atomic bombs, one uranium and one plutonium, to be launched from Tinian and dropped in rapid succession. The result was to be the unconditional surrender of Japanese military forces. This also prevented the political partition of Japan (as happened with Korea and Germany) and led to the US-Japan security alliance that remains the cornerstone of peace in the Pacific today.

In this extensive effort, Don gives an exhaustive account of the dropping of the two atomic bombs on Hiroshima and Nagasaki. Farrell’s contribution includes attention to the reasons for the dropping of the bombs, but the primary focus is the military decision-making and administrative maneuvering that preceded the actual bombing. Most Pacific Islands are locales for dramatic events that occurred because of decisions made elsewhere. The Tinian story fills a major void in the history of World War II often overlooked in historical accounts of the world’s violent entry into the nuclear age.

Excerpt from Chapter 6 of Tinian and the Bomb

“Everyone who gathered in the remote Alamogordo testing grounds on the morning of July 16th knew that if it worked, the U.S. would drop the next Fat Man on Japan.  If it did not work, it was back to the drawing board. It would be more than a mild understatement that Groves and Oppenheimer were under pressure.  They had pledged to have an atomic bomb ready for use in time to make a difference in the outcome of the war. . . . One bomb, one target on a perfect summer day.  However, according to the best military and political minds in D.C., one bomb would not do the job.  Now, in spite of a continuing drizzle, Groves ordered the test to proceed.  The President waited.”

Tinian and the Bomb Reviews

As readers have remarked:

“Don’s book Tinian and the Bomb, demonstrates how The Manhattan Project, along with Project Alberta and Operation Centerboard, proved to be a textbook example of how civilians and the military could work together to accomplish a near impossible task in a short period of time. It also shows how interservice rivalries could be set aside to accomplish the same.”

“Additionally, the substantial collection of photographs aid the narrative and make the story come alive.”

Buy Tinian and the Bomb>>

Don Farrell is the historian for Marianas on our Iwo Jima: War in the Pacific Tour. While our tour for 2019 is currently waitlisted, if you are interested in taking part in this transformative experience, we encourage you to call us to ask to be put on the waitlist. In the past, we have had cancellations so it is possible that  you will be able to join us.

Learn more about our Iwo Jima: War in the Pacific Tour>> 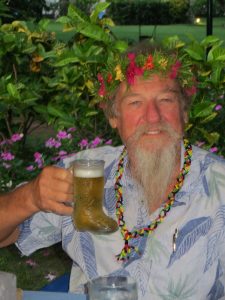 Don credits his understanding of Marianas history to years of teaching and 35 years of government service on Guam and Tinian. He is also a member of the board of director of the CNMI Humanities Council and the CNMI Historic Preservation Review Board. Mr. Farrell is now in the process of publishing his own history of the Manhattan Project on Tinian.