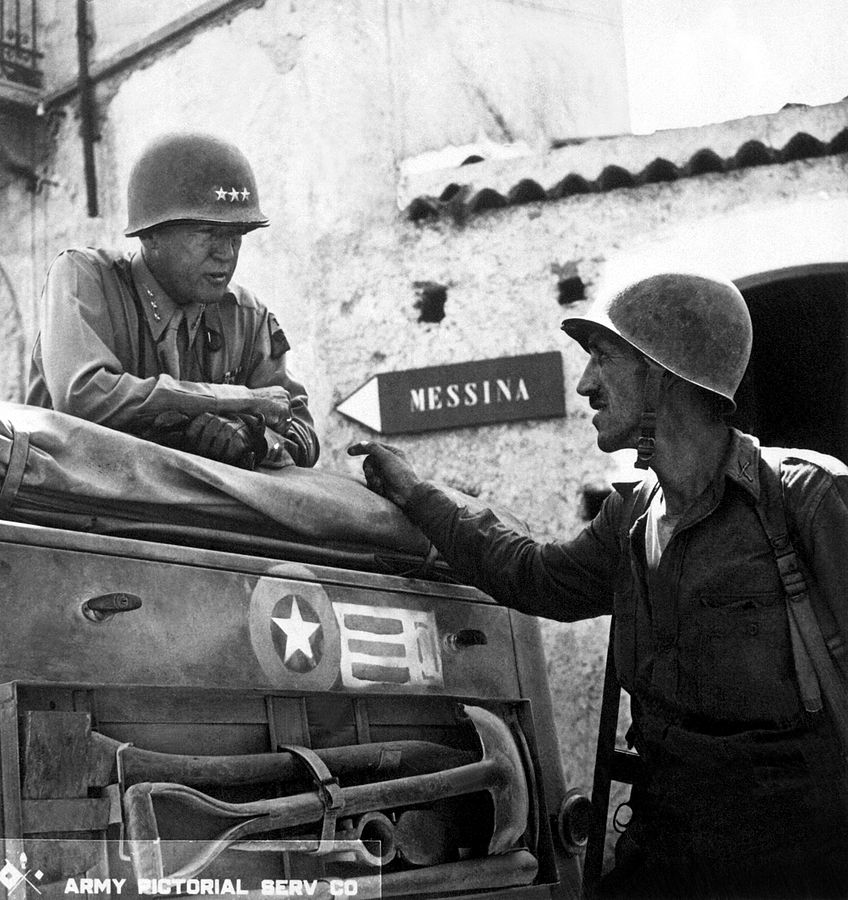 General George S. Patton, Jr. is a legendary figure in WWII history. He believed in fulfilling the unforgivable minute with sixty seconds worth of distance run. He proved it in his race across France, his relief of the besieged town of Bastogne and his drive into Germany.

10. He took dictation from his dog Willie when Willie wanted to write letters to the Patton’s family dog in Boston. Patton’s wife, Beatrice, would read the letters to their grandchildren.

9. He escaped an assassination attempt in Sicily.

8. He based his attack in Tunisia after Robert E. Lee’s Second Manassas battle plan.

7. He paid for flowers to be placed at his favorite table at a local British pub near Knutsford. They’re still there today.

6. He played badminton to stay in shape.

5. He fired one of his ivory-handled pistols on his first day in battle.

4. His personal assistant, Sergeant George Meeks, could neither read nor write.

3. He considered the German Tiger tank “a flop” because it was too slow.

2. He was often so close to the front that he could hear the different rates of fire of American and German machine guns.

1. He once flew over the German lines during the Normandy campaign.

Learn more about this American military hero and his role in defeating the Germans on our In Patton’s Footsteps Tour June 13 – 24, 2017, This tour is led by historian Kevin M. Hymel, the author of Patton’s Photographs: War as He Saw It.  He has been a popular historian with Stephen Ambrose Historical Tours for more than 10 years, and has appeared in numerous documentaries on the History Channel and American Heroes Channel. He is the Research Director for WWII History and Military Heritage magazines and has written numerous articles for each.

About the In Patton’s Footsteps Tour

The In Patton’s Footsteps Tour is a fascinating WWII tour. We visit the sites and battlefields significant to Patton’s Third Army, including Normandy, Brittany, Mont-St-Michel, the battlegrounds of Falaise Pocket, Bastogne and Mainheim, Luxembourg, to understand how this maverick general helped win the war in Europe.

Read the entire itinerary for the In Patton’s Footsteps Tour here!