The 6888th Central Postal Directory Battalion was the only unit designated as an African American battalion of the Women’s Army Corps (WAC) to serve in Europe during World War II. Mail between troops and loved ones in the U.S. was sent overseas to Europe for processing. By 1945, warehouses in Birmingham, England, contained millions of pieces of undelivered mail and packages. Morale was low, communication between families and friends was lost, and WWII was not over.

At the time, about 7 million American soldiers and government workers were stationed in Europe. In three months, the 6888th broke records and processed millions of pieces of mail in austere wartime conditions to restore reliable mail service and troop morale.

On March 14, 2022, the President of the United States awarded the 6888th Central Postal Directory Battalion the nation’s highest civilian honor, the Congressional Gold Medal. The 6888th is the only military women’s unit to receive this award. Less than 200 recipients have been bestowed this national honor since General George Washington first received the Congressional Gold Medal in 1776.

To learn more about the 6888th, please read Historian Kevin Hymel’s article, “No Backlog Could Defeat This All-Black, All-Female Unit.” 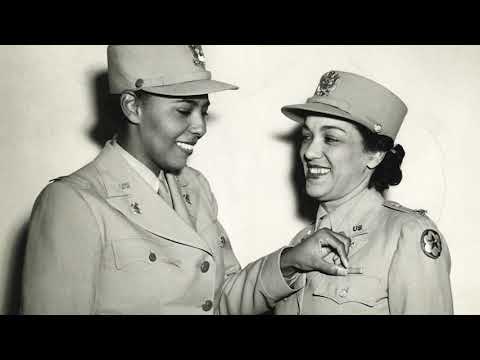