The boot of Italy is a very tough place to get through even today with a car. We went to some places where most tours would normally not go. It turned out to be a winner. Everybody was very pleased with it. I’d do it again.

Winston Churchill called Italy, the “soft underbelly,” of Europe, but the 5th Army as commanded by General Mark Clark found the campaign for Italy anything but “soft.” It was literally and figuratively an uphill struggle pitched against one of the most competent commanders in the German war machine, Field Marshal Albert Kesselring.

Sometimes referred to as “the Forgotten Campaign,” the Allied effort in Italy that we cover on the Italian Campaign Tour was actually of terrific significance. As historians have noted, the campaign became a proving ground for Allied capabilities on sea, land, and in the air. Amphibious landings with Higgins crafts on the beaches of Italy provided crucial training for the Normandy invasion. Proceeding to fight and push the Germans north, the Allied forces in Italy created another front for Hitler, dividing his defense of the Reich. After the 15th Air Force established its bases in Italy, the Allies destroyed 6,282 enemy aircraft in the air and on the ground.

Our journey begins when flights arrive at Fontanarossa Airport in Catania on Sicily’s east coast. Guests who arrive early in the day can visit Old Town Catania, the British Cemetery or the WWII museum, Museo Dello Sbarco (Allied Landing Museum). This evening we will have a reception and dinner.

In July 1943 in Ragusa, the British 1st Airborne Division launched Operation Fustian with the objective of capturing the Primosole Bridge on the Simeto River. The mission was to enable the army’s advance over the Catania plain toward Messina. After a scattered drop and fierce resistance from the German and Italian defenders, the British took the bridge after the arrival of relief forces. We then proceed to the Lentini Bridge before stopping for lunch near the harbor in Siracusa. The Ancient Greeks established a colony here and the Romans, Normans, Ottoman fleets have used the port throughout history. In the afternoon, we study the glider landing of Operation Ladbroke at Ponte Grande Bridge before visiting the landing beaches of the British XIII Corps.

After breakfast, we depart for Biazza Ridge, the high ground overlooking the Acate River crossed by Ponte Drillo. This is where Colonel James Gavin and his 505th PIR of the 82nd Airborne faced off and held their position against the overwhelming forces of the Hermann Goering Division. Gavin received the Distinguished Service Cross for valor and the promotion to Brigadier General that December—one of the youngest in WWII. We visit Gela Beach where the Allied amphibious landing began the invasion of Sicily in July 1943. We will study the actions of the American, British and Canadian troops as well as the defenses and counterattacks made by the Axis forces of Italy and Germany.

This morning we visit the Castello di Lombardia in Enna, the ancient fortress that dates back to the first millennium B.C. The Romans later occupied it, the Saracens built a castle here and the conquering Normans fortified it in the 10th Century. We will stop at the German military cemetery before we go to Mt. Etna. At an altitude of 10,992 feet, Mt. Etna is the largest active volcano in Europe as well as the scene of crucial fighting between the British and Canadian troops and the Hermann Goering Division. In the afternoon, we drive to historic Taormina, where the ancient Greeks founded the seacoast colony of Naxos. We will enjoy a walking tour of the Old Town before dinner.

After breakfast, we say farewell to Sicily and begin our long journey to Salerno by driving north to the city of Messina where we will cross the straits to Calabria. From there, we continue driving north while enjoying views of Campania, the Tyrrhenian Sea and the southern Apennine Mountains.

The ancient Greeks stumbled upon Paestum around 650 BC and settled there after viewing the wide-open beaches, the scenic beauty and the potential of the fertile land. We will visit the well-preserved Greek ruins and temples before we proceed on to the beach and the 36th Infantry Division Monument. Later, we will cross the Sele Bridge on our drive to Maiori (on the left flank of the invasion). By the end of the day, we will cross the Chiunzi Pass where the Rangers crossed.

Participants have a free day to tour this beautiful Italian city of Sorrento. There are several out-of-pocket options from which to pick:

Isle of Capri - The crags and grottoes of Capri have been dazzling visitors since the Ancient Greeks first settled the island. It’s easy to understand why artists and writers have been immortalizing Capri’s beauty and history for centuries.

Ruins of Pompeii - One of the leading tourist attractions in Italy, Pompei is an ancient town that was buried by the eruption of Mt. Vesuvias in 79AD and thus preserved for the archeologists and experts who later excavated the site.

Enjoy a leisurely day in Sorrento - Famed for its sea cliffs, the town’s steep slopes look out over azure waters to Ischia, Capri and the Bay of Naples.

We will leave Sorrento after breakfast, heading to Cassino on the Appian Way and travel through the Mignano Pass to the Mount Lungo Museum. Monte Cassino, San Pietro, and Monte Lungo formed the defensive line dominating the approach to the Liri Valley. We will visit the ruins of the old San Pietro above the modern village, and review the tremendous armored infantry battle that took place.

After breakfast, we will visit the Abbey of Monte Cassino. The Abbey has been destroyed several times since its foundation, and was most severely damaged at the Battle of Cassino (May 1944). After the Allies had taken Naples, the Germans made Cassino the key stronghold in the system of defenses guarding the approaches to Rome. On May 17, the Allies launched their final assault, with the Polish corps as the spearhead. After a raging battle, the Germans abandoned Cassino on the following day, allowing the Allies to join forces, and opening the road to Rome. The abbey has been rebuilt to the original plans.

After this visit we will head to the Polish and German cemeteries. We’ll continue with a scenic tour along the Rapido and Liri Rivers on the old highway. The end of the day will find us enjoying a wonderful dinner and overnight stay in Anzio.

In Nettuno, the American troops came shore in January 1944 during the Operation SHINGLE amphibious assault. We will visit the Museo dello Sbarco Alleato (Museum of the Allied Landing). This visit is followed by a pilgrimage to the invasion beaches and the Sicily–Rome American Cemetery in Nettuno, where 7,862 Americans are buried and 3,095 missing are memorialized. We will overnight in Anzio.

Our group will head for Rome in the morning, visiting Cisterna along the way. Upon arrival, we will visit the Crypt and War Memorial, which will be followed by a dinner in Rome before retiring to the hotel. Our farewell dinner together will be this evening, where we can review the Italian Campaign.

We will begin the day with a city tour with a local guide, visiting the Coliseum and the Forum. Participants will have free time in the afternoon to visit the many other cultural sites Rome has to offer. Evening free.

There will be some museum stops, but please be prepared to walk on sandy beaches, through military cemeteries and on cobblestone streets. 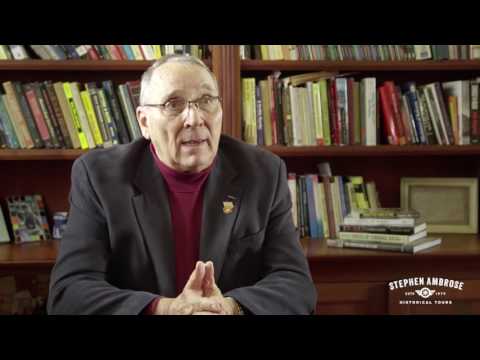 Prices are per person based on double occupancy. For a single room add $1,500.

There is 1 review for 'Italian Campaign Tour: Sicily to Rome'. Add your review

Reconnected with my father

My father was killed in WWII and he is buried in the American military cemetery in Nettuno. This was my first chance ever to reconnect with my father. For the first time in my life I got an appreciation for what those guys really had to do. The boot of Italy is a very tough place to get through even today with a car. We went to some places where most tours would normally not go. It turned out to be a winner. Everybody was very pleased with it. I’d do it again.