We shall be ready to sacrifice our estates and everything dear in life, Yea & life itself, in support of the common cause.

Boston. The birthplace of the American Revolution. In this bustling port city, angry colonists risked their lives to protest taxation without representation and set out to mount an audacious rebellion. Dramatic events such as the Stamp Act Riots, the Boston Massacre, and the Boston Tea Party moved America relentlessly closer to Revolution.

Simmering conflict boiled over into open warfare in the spring of 1775, with skirmishes at Lexington and Concord, and ferocious fighting at Bunker Hill. Two weeks later, a 43-year-old Virginia planter named George Washington rode into Cambridge, Massachusetts, to take over the newly formed Continental Army.

For the first two and half years of war, the rugged country between Boston and Quebec witnessed a dozen battles – including some of the bloodiest engagements of the Revolution. At last, the stunning American victory at Saratoga in 1777 brought about surrender of an entire British Army corps and the entry of France into the war on America’s side.

Our Revolutionary War Tour: Boston to Quebec explores the origins of the conflict, the battles that raged across the northern theater and the key players in that drama. They involved Patriots, Loyalists, Redcoats and Native Americans. We’ll walk battlefields where ragtag rebel forces clashed with one of the most feared armies in the world. We’ll meet the famous, the infamous, and the villainous figures who played out the dramatic struggle to forge a new nation.

The flame of liberty burned fiercely in Boston during the run-up to rebellion. This morning we walk the Freedom Trail and learn about the first stirrings of Independence.

In the afternoon we proceed to the site of the Battle of Bunker Hill. Fought just across the water from the North End, on June 17, 1775, this was the first large-scale battle between Patriots and Redcoats. The King’s Troops responded with a coldblooded show of force, bombarding Charlestown and sending three thousand soldiers charging up the hill. British troops eventually drove the colonials away, but at a terrible cost. A visit to the battlefield and a nearby museum bring into focus this pivotal early clash.

Dinner on your own in Boston.

We proceed to Lexington and Concord to explore the earthshaking events of April 19, 1775. In Lexington, we will visit the tavern where the militia gathered the night before the battle, the town common where the early morning battle erupted, and the cemetery where the dead were laid. Then it’s on to Concord where the Americans scored their first victory at Old North Bridge.

The Colonists pummeled the Redcoats as they retreated back to Boston, and we'll explore a restored portion of the road.

The fighting reached a crescendo as the British column, led now by Lord Percy, passed through Menotomy (modern-day Arlington). Stopping there, we will learn the extraordinary story of the oldest man who fought that day – and why he is now the Massachusetts State Hero.

Dinner on your own in Boston.

In March 1776, Washington placed artillery atop Dorchester Heights and bluffed the British into evacuating Boston. We’ll visit a little known monument to that event on the heights overlooking Boston.

Next Stop: Springfield Armory National Historic Site. Dating back to the Revolution, it was a center for American military arms manufacturing for 200 years. Today, it houses the finest collection of American arms in the world. We will be treated to a special curator’s presentation on colonial weaponry.

After lunch we head north to visit the site of the Battle of Bennington, August 16, 1977. It is not in Bennington, Vermont at all, but in Hoosick Falls, New York! We’ll discover why this tiny precursor to the Battle of Saratoga has such outsized importance. Then it is on to Saratoga Springs.

Group dinner at the hotel.

At the Battles of Saratoga, in 1777, an American Army under Horatio “Granny” Gates won a decisive victory over “Gentleman” Johnny Burgoyne that proved to be a turning point in the American Revolution. The site is rich in gripping stories, stirring heroics and extraordinary characters. One of the most colorful is the hot-tempered general who had his finest hour here, and will be a major figure for the rest of the trip: Benedict Arnold. The monument commemorating his service at Saratoga is one of the most unusual you will ever see.

After a tour of the battlefield, we will visit the Marshall House, a British battle-day field hospital. We'll hear the fascinating tale of Baroness Von Riedesel, spirited and courageous wife of German Gen. Frederick Von Riedesel. Amidst the wounded, she and her children sheltered themselves from withering American artillery fire. It is a harrowing tale of six days of bravery and terror.

Finally, we will visit the site of Burgoyne’s surrender to General Gates.

Dinner on Your Own

England’s 1777 campaign was a three-pronged attack designed to splinter the colonies. As Gen. Burgoyne bore down on Saratoga, another wing of the British Army led by Gen. Barry St. Leger advanced into the Mohawk Valley.

Here the Revolution became a civil war, pitting neighbor against neighbor. We'll meet two prominent families forever impacted by the war, the Johnsons of Johnson Hall and the Herkimers of German Flatts.

Among the places we’ll visit is the Oriskany Battlefield, one of the bloodiest conflicts of the war, where only Americans fought—Patriots and allied Oneidas vs. Loyalists and other Native tribes.

Our journey takes us to beautifully restored Fort Stanwyx, “the fort that never surrendered.” We’ll learn how Benedict Arnold used a crafty ruse to help break the British siege here. Then, back to Saratoga for a group dinner at an inn whose history predates the Revolution.

Fort Ticonderoga, the impressive citadel on Lake Champlain, was the site of battles in both the French & Indian War and the American Revolution. In 1758, the British hurled the famed “Black Watch” 42nd Regiment against the French-held fort, a legendary and bloody encounter.

During the Revolution, Ethan Allen’s Green Mountain Boys (with the help of Benedict Arnold) took Fort Ti in 1775. Gen. Henry Knox transported cannons from the fort to Boston to aid George Washington in raising the siege of Boston. The British then retook the fort in 1777 on their march to Saratoga. Fort Ti is the centerpiece of our touring today.

We begin the day at the site of the Battle of Hubbardton, the only Revolutionary War battle fought in Vermont, and one of the best-preserved battlefields of the Revolution.

At Fort Ticonderoga, we will learn about the fort’s two centuries of military history, visit the archeological remains not accessible to the general public, and see some of the most important pieces in the Fort’s massive collection of artifacts.

After exploring the completely restored Fort Ti and nearby battlefield, we cruise on Lake Champlain to view the impressive terrain from the water. Then an elegant group dinner at Fort Ticonderoga boathouse..

In 1776 and 1777, the King’s Troops envisioned using Lake Champlain as a highway to push south from Quebec and drive a wedge between New England the rest of the colonies. As we move northward, we learn how Gen. Benedict Arnold built and commanded a Navy that played a crucial role in impeding that advance at the Battle of Valcour Island.

Stops include the ruins of a British fort at Crown Point, a replica of Benedict Arnold’s flagship Philadelphia at the Lake Champlain Maritime Museum, and the site of the naval battle in a narrow channel of Lake Champlain.

We drive across the border and stop at one of the oldest forts in Canada, Fort St. Jean, home of the Royal Military College of Saint-Jean. We visit the museum there, then on to Quebec City and for our stay at the historic and elegant Chateau Frontenac. Group Dinner in Quebec.

Quebec was the site of a major British victory in the French & Indian War as well as an early American defeat in the American Revolution. In 1759, British Gen. James Wolfe triumphed over French Gen. Louis-Joseph Montcalm on the Plains of Abraham. Both generals were mortally wounded in the fighting that secured Canada for England. On New Year’s Eve, 1775, American forces under Gen. Richard Montgomery and Col. Benedict Arnold, were foiled in an attempt to storm the heavily fortified city during a snowstorm. Montgomery was killed and Arnold wounded – Quebec once again proving to be a dangerous place for generals.

After lunch in the quaint Petit Champlain, the city’s historic quarter, we focus on the bold 1775 assault on Quebec by Arnold and Montgomery, and uncover how it might have succeeded but for bad luck and rotten weather.

We end the day with a visit to the Citadelle, the oldest military building in Canada, dating back to 1693. It is still an active military installation. During the 1943 Quebec Conference, Winston Churchill and Franklin Roosevelt were photographed on its ramparts – and you can grab a photo in the same spot!

This evening, we will enjoy farewell cocktails and dinner in the celebrated Rose Room, site of the American and British Combined Chiefs Meeting at the September 1943 Quebec Conference. It is a fitting spot to end our journey – a place that commemorates where the combatants in the American Revolution joined as Allies 150 years later. A truly Grand Finale.

Thank you for traveling with Stephen Ambrose Historical Tours. As we develop future chapters of our Revolutionary War tour, we will send you the information. Have a safe trip home!

There is a lot of walking on this tour. The Freedom Trail in Boston, for example, is 2.5 miles. Although we are going at a leisurely pace, the length can be demanding depending on your level of fitness and mobility. 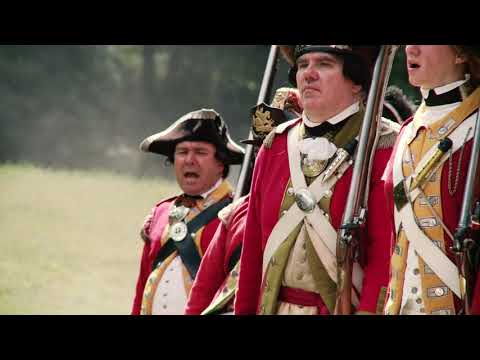 Price is per person based on double occupancy. For a single room add $1,450.