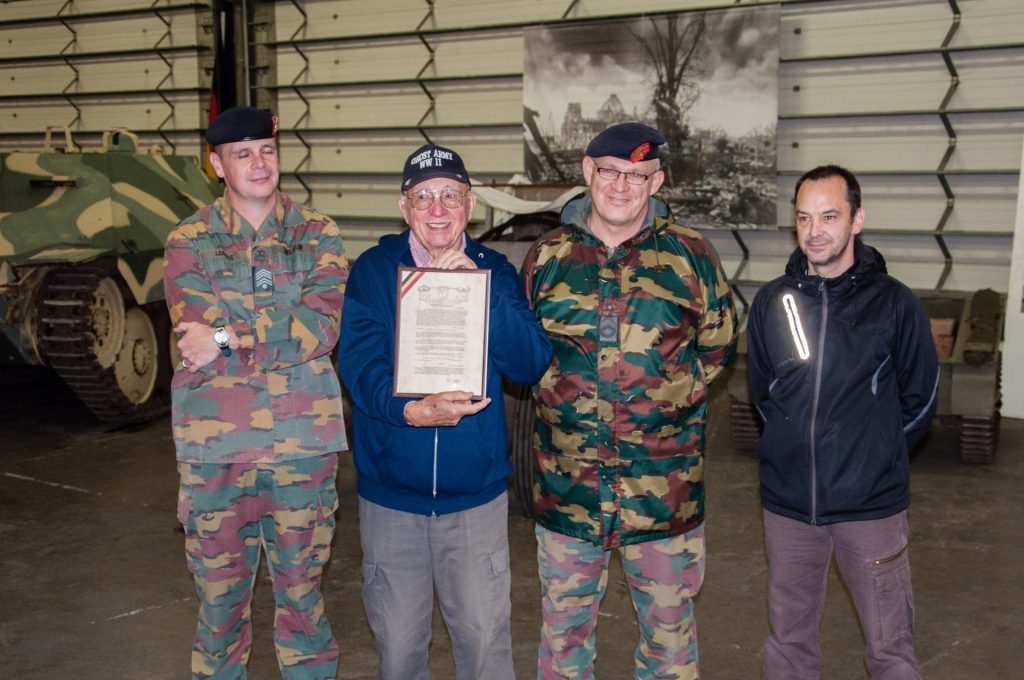 We are deeply saddened to report the passing of a Ghost Army veteran who many people came to know and appreciate over the last few years. Gazo Nemeth passed away on Christmas Day at age 98. He served in the Signal Company Special, the radio deception arm of the Ghost Army. We’d like to share this wonderful remembrance that Ghost Army Historian, Rick Beyer wrote about Gazo.

Gazo Nemeth was a tireless ambassador for the Ghost Army. He and his wife Susan Oknefski traveled with us on the 2014 Ghost Army Tour, paid two visits to Branson, Missouri for Veterans Week, and joined me for a whirlwind three days of events in the Wausau Wisconsin area. Gazo and Susan spread the word about the Ghost Army at many events on their own in Florida and California, including appearances at the Holocaust Museum and Education Center of Southwest Florida and a Florida Marlins game. 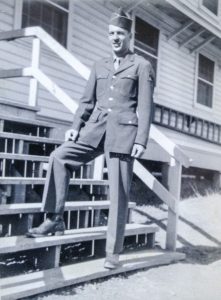 He grew up as one of seven children in Youngstown Ohio. He returned there after the war, working as a tool and die machinist and becoming Commander of a local VFW Post. He then moved to Fort Myers Florida, where he had various jobs before fully retiring about a decade ago.

In my mind’s eye I can see him with a drink in his hand, a twinkle in his eyes, a joke never far off. (Born on May 30, he told his children that’s why they put flags up every Memorial Day!) A great storyteller and a bigger than life character, he could literally charm the clothes off your back. I’ll never forget the time in Branson when he told performer Doug Gabriel that he admired his stage jacket–and Doug found another one to give to him! Branson performer Steve Presley also gifted him with one of his sequined jackets. Gazo wore them both with pride. His daughter Linda told me this morning that “The Ghost Army was everything to him in the last few years.”

Standing with Gazo at the grave of his friend and fellow radioman George Peddle at the Luxembourg American Military Cemetery was an incredibly moving experience for anyone who was there.

On behalf of the Ghost Army Legacy Project, I want to extend condolences to his wife Susan Oknefski (also a veteran), his daughters Linda and Barbara, all his family and all who knew him. We salute his service in the Ghost Army.

Gazo, thanks for everything – we miss you already.