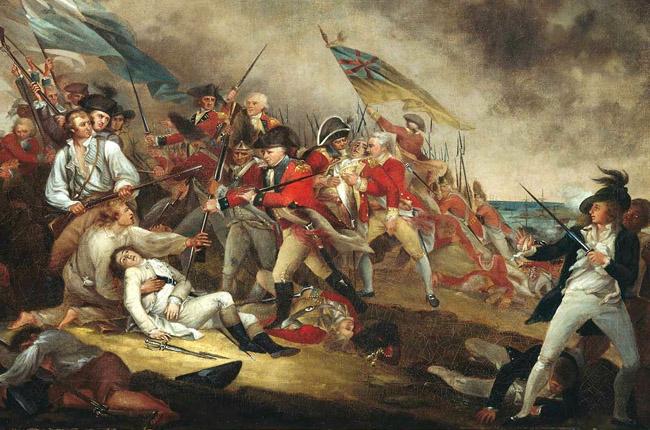 Join Historian Rick Beyer for a webinar on the Revolutionary War!

Stephen Ambrose Historical Tours is launching an exciting new Revolutionary War Tour in 2020. In this webinar, historian Rick Beyer offers a preview of the trip, which will take guests from Boston to Quebec, exploring the origins of the war and the battles that ranged across then theater from 1775-1777. Learn about some of the more out-of-the way battlefields we’ll be visiting, as well as a few of the famous (and not-so-famous) heroes and villains who shaped the beginning of the Revolution. Plus Rick will share some of the special experiences planned for those who join the tour.

Register for the Revolutionary War webinar>>

Rick Beyer is an award winning documentary filmmaker, New York Times best-selling author, and long-time history enthusiast. He has delved into numerous aspects of the American Revolution in various films, books and magazine articles over the last 20 years. His most recent book, Rivals Unto Death, explores the intricate thirty-year rivalry between founders Alexander Hamilton and Aaron Burr.

Rick produced the PBS documentary The Ghost Army and has led our Ghost Army Tour since 2014. He has also made documentaries for The History Channel, National Geographic, the Smithsonian Institution, and others. He is the author of popular The Greatest Stories Never Told series of history books. He has shared his unique take on history with audiences around the country and appeared on CBS News, Fox News, NPR, CNN and elsewhere.

Register for the Revolution War webinar>>

Travel with Rick on the Revolutionary War Tour!

Boston. The birthplace of the American Revolution. In this bustling port city, angry colonists risked their lives to protest taxation without representation and set out to mount an audacious rebellion. Dramatic events such as the Stamp Act Riots, the Boston Massacre, and the Boston Tea Party moved America relentlessly closer to Revolution.

Simmering conflict boiled over into open warfare in the spring of 1775, with skirmishes at Lexington and Concord, and ferocious fighting at Bunker Hill. Two weeks later, a 43-year-old Virginia planter named George Washington rode into Cambridge, Massachusetts, to take over the newly formed Continental Army.

For the first two and half years of war, the rugged country between Boston and Quebec witnessed a dozen battles – including some of the bloodiest engagements of the Revolution. At last, the stunning American victory at Saratoga in 1777 brought about surrender of an entire British Army corps and the entry of France into the war on America’s side.

This tour explores the origins of the conflict, the battles that raged across the northern theater and the key players in that drama. They involved Patriots, Loyalists, Redcoats and Natives. We’ll walk battlefields where ragtag rebel forces clashed with one of the most feared armies in the world. We’ll meet the famous, the infamous, and the villainous figures who played out the dramatic struggle to forge a new nation.