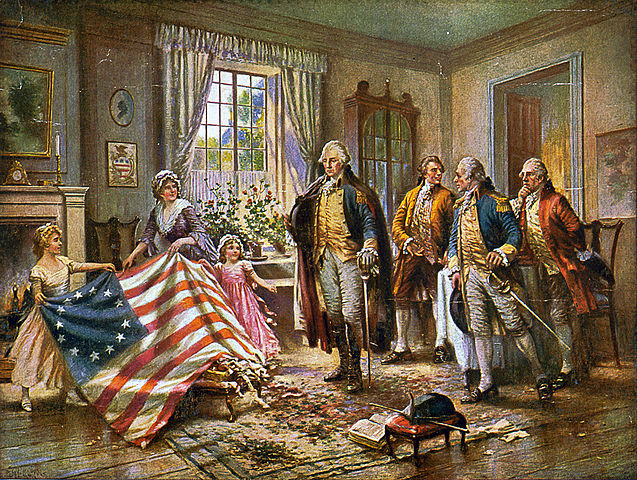 The latest quiz we ran in conjunction with Women in History Month skipped around to different historical periods from the 16th to the 20th centuries. It’s fun to see that folks interested in history are competitive. Our first answers came in just 18 minutes after the newsletter hit the “air.”

We actually had a tie for first place. Helen Voorhies of Pineville, Louisiana tied with Brian Peacock of Hampstead, Maryland. Helen missed #9 answering with Betsy Ross, but made up for it with the bonus answer, North Carolina. Brian missed the bonus but had the correct answers on all the others. Congratulations, Helen and Brian! We will be sending you both a set of Stephen Ambrose WWII Lectures on DVD.

Questions 3, 4 and 9 seemed to give some of the respondents the most trouble. You might consider them “trick” questions because there is a misleading item in each that suggests a wrong answer. I’ll point out the key items in each and admit that they are the kind of test questions that sometimes led me to think the teacher was being unfair—when I should have been angry with myself.

For number three, Mata Hari seems a good choice. However, she was Dutch not Romanian, born Margaretha Zelle and adopted her alias from the Malay term for “Eye of the Day” or “sunrise.” She concocted a story of how she was born in a sacred temple in India and began a career as an exotic dancer in Paris, later touring all over Europe. In WWI (key item), the French arrested her for acting as a spy for the Germans and executed her by firing squad after a military trial. Vera Atkins was born Vera Maria Rosenberg in Bucharest, Romania and became Britain’s spymistress in WWII.

Number four is not so much tricky as it is a fairly obscure fact.

The deception in question number nine is found in Fort McHenry. The battle in Baltimore harbor with “bombs bursting in air” that inspired Francis Scott Key took place in the War of 1812 (key item), not the American Revolution. Betsy Ross achieved her fame much earlier.

By the way, number ten was easy, but the question itself, one might deem it “balderdash” or even “poppycock,” and as fabricated as Mata Hari’s story. I have no idea if Marie Antoinette knew anything about baking. Somehow, I seriously doubt it. She most likely did not own a chain of patisseries in France and the “Let them eat cake!” expression is said to be apocryphal.

Here are the answers to our Women in History Quiz:

How to Take Part in our History Quiz

Want to test your knowledge of history? Sign up for our newsletter to compete in our history quiz!