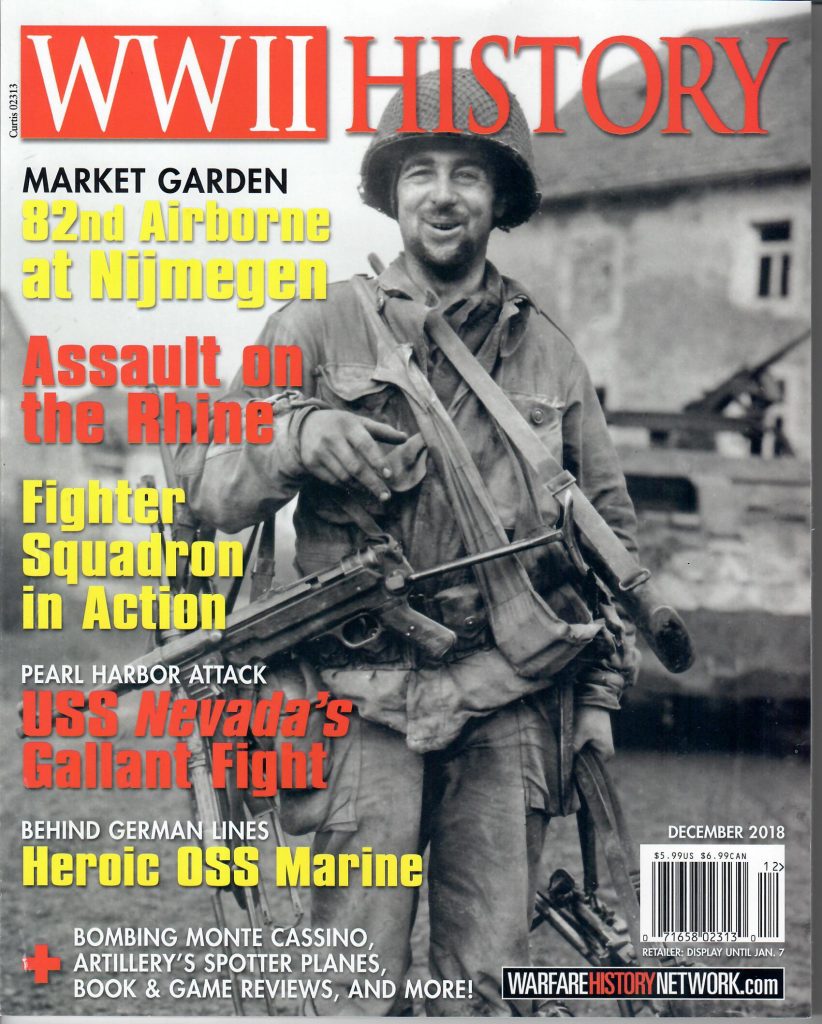 WWII History magazine has published two of historian Kevin M. Hymel’s articles. Kevin’s latest article, “Rescue Plane Down,” is about a C-47 filled with wounded Marines from Guadalcanal that disappeared over the Coral Sea, and the desperate efforts to find her. You can find it in the WWII History December issue at newsstands now.

Kevin also has another article that will appear in the next issue of WWII History about Cpl. Lena Derriecott of the 6888th Central Postal Directory Battalion, the only all-female, all-black unit to serve overseas during World War II. She was one of the five surviving members of that battalion who attended the recent dedication of the 6888th Central Postal Directory Battalion monument at Fort Leavenworth, Kansas. Kevin, who also attended, had the pleasure of speaking with her there about her WWII experiences.