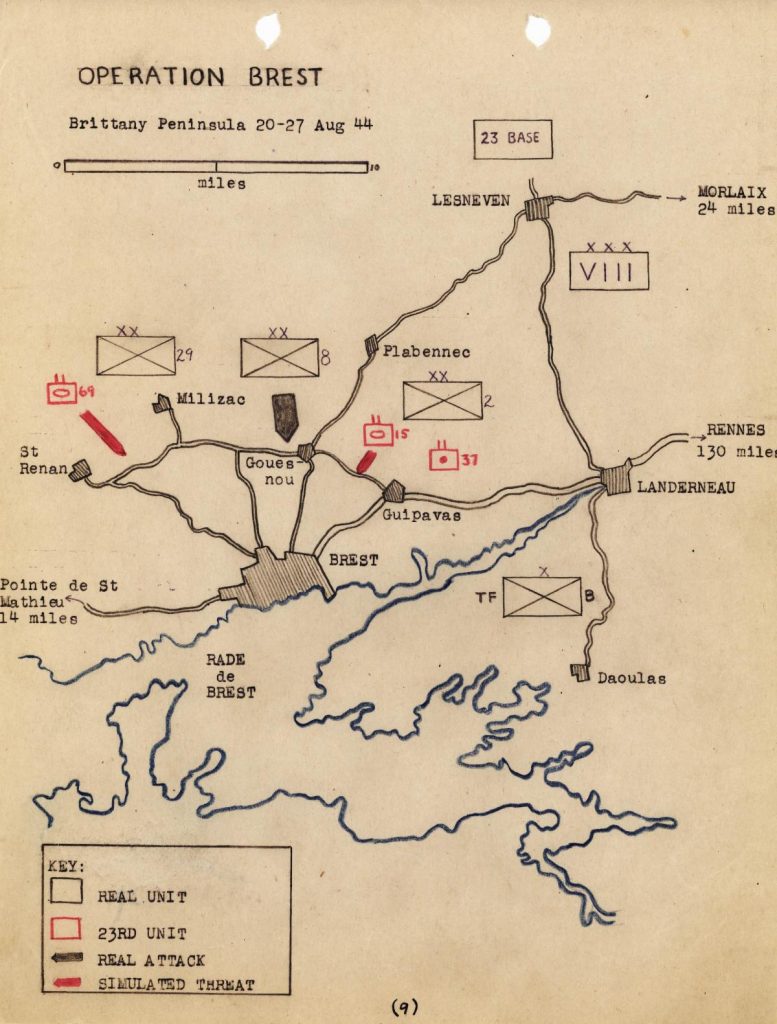 We are excited to share the news that a ceremony will be held in Plabennec, France on Saturday, October 16, 2021 to dedicate the first-ever Ghost Army historical marker in that country. The marker commemorates Operation Brest, conducted in August 1944. It was the first operation in which the  23rd Headquarters Special Troops, aka the Ghost Army, used all their means of deception.

The dedication will be attended by officials from the town and the U.S. State Department, French veterans, WWII re-enactors, and more. Additional events will include a screening of the award-winning PBS documentary, Ghost Army, which was produced and directed by Rick Beyer, the historian for our Ghost Army Tour, as well as visits to some of the other sites where the unit carried out this mission.

There are some folks traveling over to Europe for this – if you want to join the group, please reach out to Rick Beyer at rick@ghostarmy.org.

About the Ghost Army of WWII

The 23rd Headquarters Special Troops and the 3133rd Signal Company Special were a United States Army tactical deception unit, known as “the Ghost Army.” This “traveling road show of deception” used inflatable tanks, sound effects and illusion to fool the Germans more than 20 times from Normandy to the Rhine.

These unsung WWII heroes saved thousands of lives and helped win the war, but their efforts were kept secret for fifty years. U.S. Army analysis categorized the Ghost Army’s exploits this way: “Rarely, if ever, has there been a group of such a few men which had so great an influence on the outcome of a major military campaign.”

Travel with Rick Beyer on the Ghost Army of WWII Tour!

“This is an excellent tour that will educate, entertain and expand your interest in the European World War II sites, battles and stories. The focus on the Ghost Army gives it a unique perspective.” – Harry Forsdick

Rick Beyer co-wrote the book, The Ghost Army of World War II. He has done extensive research on the unit, visited the battlefields of Europe many times, and with his wife Marilyn, has led this tour since 2014.

Book your spot on the Ghost Army of WWII Tour >