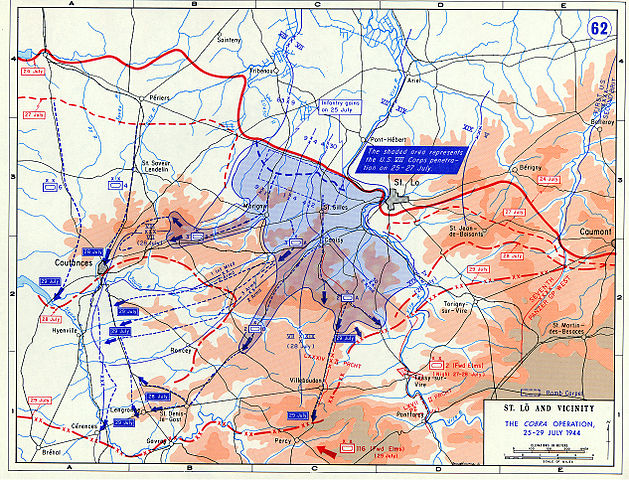 Months after D-Day, the Americans used strategic bombers to punch a hole in the German line west of St. Lo. Allied commanders such as Generals George S. Patton, Jr. and Omar Bradley exploited the breakthrough and turned it into a breakout, resulting in almost the complete destruction of the German Seventh Army, and liberation of Paris.

Travel to the site of Operation COBRA

“The best way to understand history is to travel to the places where it was made.” – Stephen E. Ambrose

If you want to hear Kevin and our other historians share more stories about the men who fought during Operation COBRA at the very places where they made history, travel with us on a D-Day to the Rhine or In Patton’s Footsteps tour.

Learn more about the In Patton’s Footsteps Tour>>