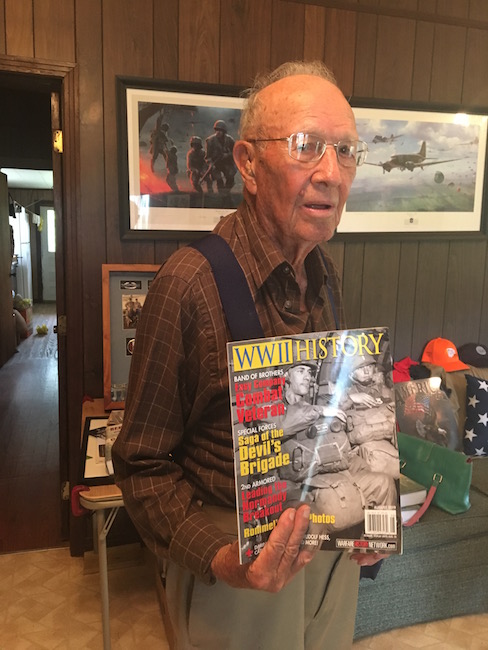 Historian Kevin Hymel has had two of his WWII articles published in WWII Quarterly and WWII History magazines. 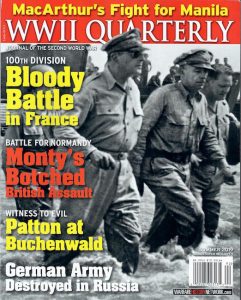 His article in the summer issue of WWII Quarterly is an interview with a flight nurse who flew the wounded from the continent of Europe back to England. Her first mission was a few days after D-Day and she continued through the Battle of the Bulge to the end of the war.

You can find his second article in the August issue of WWII History. It is the first in a two-part interview with Brad Freeman, a member of Easy Company. He parachuted into Normandy and the Netherlands, fighting under Major Dick Winters. The photo above is of Mr. Freeman holding the issue with his article in it.

On newsstands now. Check ’em out!