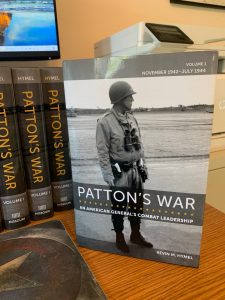 Historian Kevin Hymel’s new book, Patton’s War: An American General’s Combat Leadership, Volume I, November 1942 -July 1944, is now in bookstores. The book covers Patton’s career from Operation Torch when he assaulted the beaches of Morocco, through to the North African campaign, the battle for Sicily, and the rest of Patton’s time in Sicily, England, and France, right up to the night before his Third Army became operational on the continent.

Patton’s War is a must read for anyone interested in America’s iconic World War II general. It makes a great Christmas present.

During his life, George S. Patton Jr. starred as an Olympic athlete in the 1912 Stockholm games, chased down Mexican bandits, and led tanks into battle in World War I. But he is best remembered for his exploits on the field of battle in World War II. Patton’s War, the first of two volumes, follows the general from the beaches of Morocco to the fields of France, right before the birth of Third Army on the continent.

In highly engaging fashion, Hymel uncovers new facts and challenges long-held beliefs about the mercurial Patton, not only examining his relationships with his superiors and fellow generals and colonels, but also with the soldiers of all ranks whom he led. Through extensive research of soldiers’ memoirs and interviews, Hymel adds a new dimension to the telling of Patton’s WWII story.

Read a sample of Patton’s War > 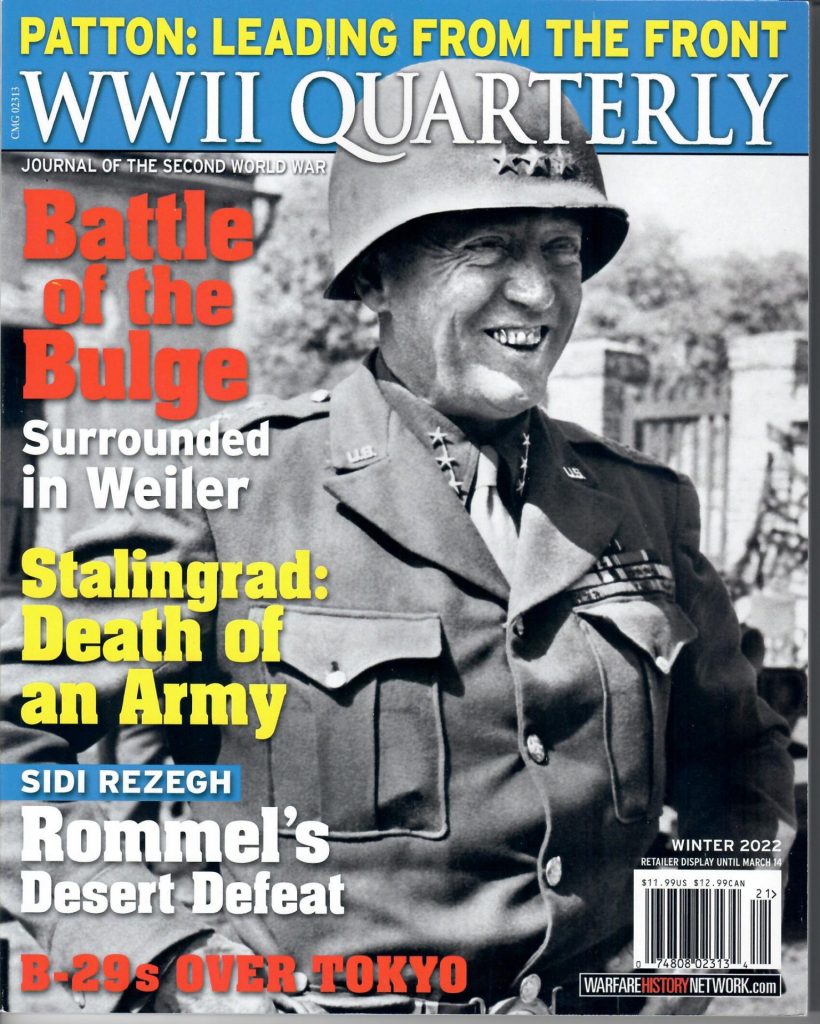 If you’d like to get a sneak peek of Patton’s War, WWII Quarterly magazine has published an article, “Patton’s War for Sicily’s Beaches,” which was adapted from a chapter in the book. The article depicts Patton’s personal leadership on the sands of Gela Beach, where he helped repel an Axis attack on July 11, 1943.

Travel with Kevin on the In Patton’s Footsteps Tour

Our 2022 In Patton’s Footsteps Tour provides a special opportunity to travel with Patton expert Kevin Hymel. You will visit the sites and battlefields significant to Patton’s Third Army, including Normandy, Brittany, Mont-St-Michel, the battlegrounds of Falaise Pocket, the German border, and the Battle of the Bulge. Along the way, Kevin will share his insights and knowledge on how this maverick general helped win the war in Europe.

Travel with Kevin on the In Patton’s Footsteps Tour >