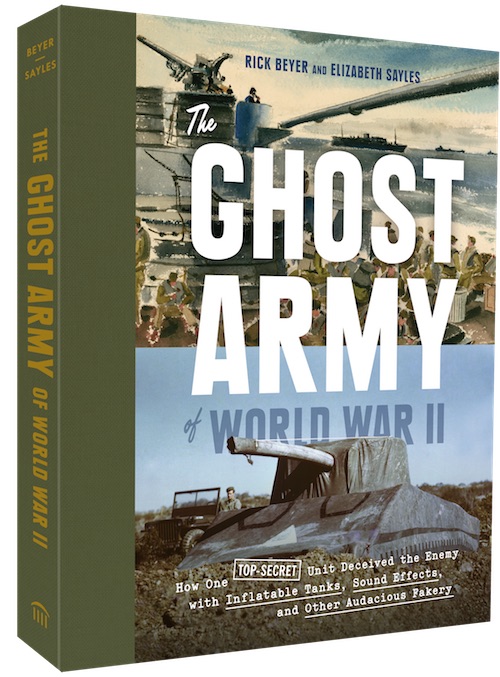 Historian Rick Beyer, who leads the Ghost Army Tour for Stephen Ambrose Historical Tours, has two exciting events coming up in October about The Ghost Army, the extraordinary deception soldiers who were members of the 23rd Headquarters Special Troops in WWII.

On Thursday October 12, Rick Beyer will be hosting a screening of The Ghost Army documentary at the Robbins Library in Arlington, MA.

Coolest of all, on October 26 he will also be speaking at the PSYOP Regimental Birthday Dinner at Fort Bragg. This is an association of retired U.S. Army PSYOPS officers.

Travel with Rick on The Ghost Army Tour>>